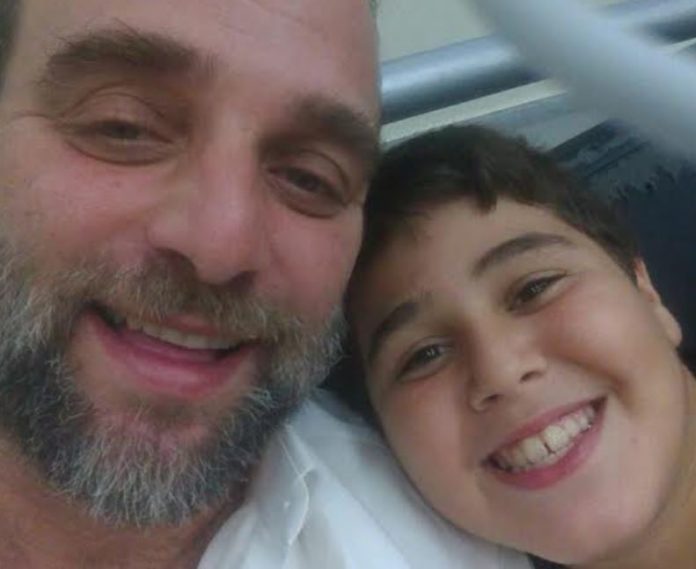 An internationally followed real-life drama met its peak this weekend, after donors around the world united to free 50-year-old Avraham Gil of Bnei Brak from a Polish prison.

Gil has been unjustly held in Polish prison for three years without trial after his identity was allegedly stolen and used for fraud. Rav Chaim Kanievsky was involved last year in efforts to secure Gil a trial, which only came into fruition this month.

During his absence, Avrahaml’s wife Sigalit was left to raise their four children alone.

The verdict of the long-awaited trial was that Gili would be released, on the condition that a steep $150,000 fine be paid by Monday, June 10th. If the fine was not paid, officials assured them, the father of 4 would remain in prison indefinitely.

Sigalit Gil went public with their story last week, in a desperate attempt to free her husband. The campaign boasts a signed letter from Rav Kanievsky on the family’s behalf, as well as the Rav’s blessing to donors that they be protected from tragedy themselves.

In an inspiring turn of events, nearly $130,000 were raised. Unfortunately, though a highly significant sum of money, the missing $20k has not gone unnoticed. Hauntingly close to their goal, the Gil family was able to receive an extension until Wednesday. If the rest of the funds needed to release Avraham are raised, together with lawyer fees and transportation, he will return home to Bnei Brak this week.

Contributors around the world have taken this rare opportunity to do the mitzvah of pidyon shvuyim. The coming hours, however, are crucial: if the whole of the sum is not raised, Gil will remain as he is – a frum Jew, in a European prison – for an undetermined amount of time.