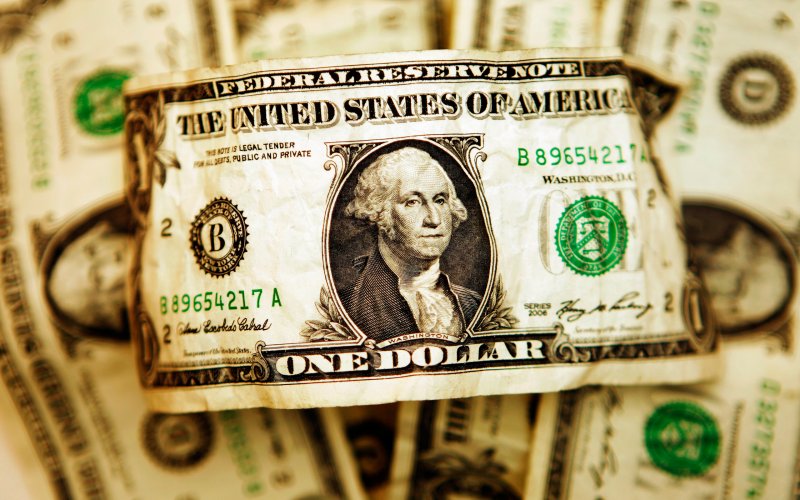 99 Cents Only Stores has posted one of the best showings for retailer junk bonds by backing off the sales strategy that was supposed to help pay for the company’s leveraged buyout.

The Go Taller campaign, introduced by the discount convenience chain in 2014, was billed as a “dramatic canvas for visual merchandising.” The idea was to remodel stores and give shoppers a broader array of goods by making shelves higher, stacking everything from groceries, diapers, detergent and dog food 6 1/2 feet high.

Instead, Go Taller led to increases in spoiled food, inventory costs, shoplifting and broken products as merchandise tumbled into the aisles. Sales and bond prices fell, too, with the company’s notes selling for a quarter of their original value last year and landing 99 Cents on Fitch Ratings’ list of potential deadbeats.

Geoffrey Covert, who took over as chief executive officer in September 2015, abandoned the concept early last year and worked on improving the grocery assortment and marketing. The results include quarterly jumps in shoppers, sales, gross margins and earnings and a total return of about 280 percent on 99 Cents bonds since February 2016. Nevertheless, Covert still has to convince investors that the chain, owned by Ares Management LP and the Canada Pension Plan Investment Board, has genuinely recovered amid a brutal environment for retailers.

“I still think with the downsides here, liquidity could get tight,” said Paul Simenauer, a Bloomberg Intelligence credit analyst. “It makes sense that they’re up, but I’m surprised they’re up this much.”

Executives at 99 Cents declined to be interviewed, and representatives for New York-based Ares and Toronto-based CPPIB didn’t respond to requests for comment.

The chain, based in City of Commerce, California, is struggling with debt tied to its $1.6 billion LBO in 2012 by Ares and CPPIB. That’s the same combination that bought the upscale Neiman Marcus Inc. department store chain the following year, but the similarities end there. 99 Cents runs almost 400 convenience-sized stores in California, Texas, Arizona and Nevada that sell food and household items for less than a dollar, according to regulatory filings. Many customers are on fixed or low incomes, or get support from government food subsidies.

About $883 million of debt was outstanding in January, and the company has struggled with annual interest payments of almost $70 million. But 99 Cents won big in an area where other brick-and-mortar merchants have faltered, posting a 6.4 percent fourth-quarter sales increase at stores open at least a year, the gold standard for measuring retail growth. Dollar stores have been relatively resilient, given their value and convenience compared with the time it takes to shop at bigger rivals, said Edward Jones analyst Brian Yarbrough.

“If I’m driving home from work and need some bread, it’s easy to whip into a dollar store,” Yarbrough said, noting that the nearest Wal-Mart could be 40 miles away and Amazon takes too long. “A lot of the time, they’re dealing with low-income customers who don’t even have internet, or in rural markets where there’s not going to be Two Day Prime,” Yarbrough said.

Covert, a former Kroger Co. executive, has pared inventory by 42 percent from Go Taller’s peak levels, cutting costs and improving margins, the company reported. While shelves were left at Go Taller size, they’re less cluttered and products are more current, Simenauer wrote on April 25. The full-year loss for fiscal 2016 loss dropped more than half to $118 million and adjusted Ebitda, a key measure of a company’s ability to pay debts, rose 28 percent to $50.6 million, reversing a two-year decline.

Still, Simenauer sees signs the good news won’t last. European grocery chains Aldi Stores Ltd. and Lidl Ltd. are entering California, where 99 Cents stores are concentrated, and the state’s new, higher minimum wage will put pressure on expenses, he said. With approximately 17,200 employees, the company has said the extra cost could make it hard to keep items priced below 99 cents.

Those trends, coupled with the competitive retail environment, landed 99 Cents last June on Fitch’s “Loans of Concern” list, issuers with a significant default risk within 12 months. This lumped 99 Cents with the likes of Gymboree Corp. and Rue21 Inc., both of which are said to be considering bankruptcy.

99 Cents raised no such alarm, but has said it might have trouble paying its debts and could restructure them. Its private-equity owners bought up $102.1 million of its 2019 senior notes, which now trade for 86.5 cents on the dollar, and hold about $130.5 million of term loans.

“If it wasn’t retail, the earnings news coupled with the secondary price uptick would normally justify moving off of the list,” said Eric Rosenthal, Fitch’s senior director of U.S. leveraged finance. Should sales growth continue and the bonds show strength for another month, Fitch might reconsider, Rosenthal said.

“Of all the names on my list for retail, that’s the one I feel the best about,” he said.