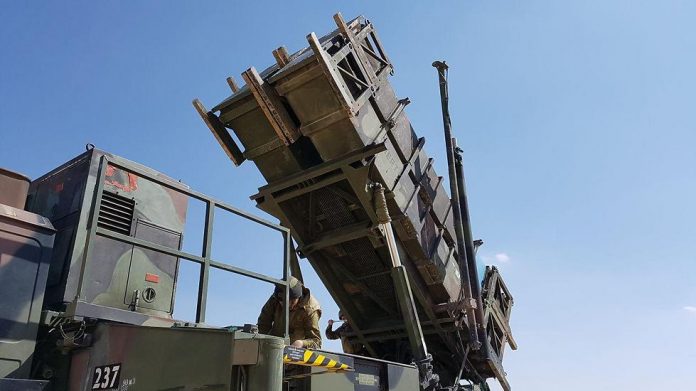 Acting Defense Secretary Patrick Shanahan has approved a new deployment of Patriot missiles to the Middle East, an American official told Reuters on Friday, in the latest US response to what Washington sees as a growing threat from Iran.

The decision further bolsters US defenses and comes after the Trump administration expedited the deployment of a carrier strike group and sent bombers to the Middle East following what it said were troubling indications of possible preparations for an attack by Iran.

The US official, who spoke on condition of anonymity, declined to say how many Patriot batteries would be deployed. The Patriot missile defense system is made by Raytheon Co. and is designed to intercept incoming missiles.

The decision to send Patriot missiles to the region would mark a reversal of sorts, coming just months after the Pentagon removed several Patriot batteries from the Middle East.

Last year, officials described the withdrawal of the Patriots as part of a broader effort to adjust US military deployments globally, as the Pentagon sought to prioritize military challenges from Russia and China.

Tensions between Iran and the United States have escalated sharply in recent weeks.

The United States has effectively ordered countries worldwide to stop buying Iranian oil or face US sanctions, which Washington says are aimed at completely choking off Iranian crude exports.

US officials say they have detected troubling indications that Iran could be preparing a military response.

US officials, speaking on condition of anonymity, say one of the pieces of intelligence indicated Iran had moved missiles on boats. One of the officials said the particular missile observed was perhaps capable of launching from a small ship.

The officials also noted growing concerns about the threat from Iran-backed Shi’ite militia in Iraq, which have long avoided any confrontation with US troops under the shared goal of defeating Islamic State, a Sunni militant organization.

In an advisory posted on Thursday, the US Maritime Administration (MARAD) said that since early May there had been an increased possibility of Iran or its regional proxies taking action against US and partner interests.

LAPD Offers $100,000 Reward For Information About Suspect Who Shot 2 Deputies