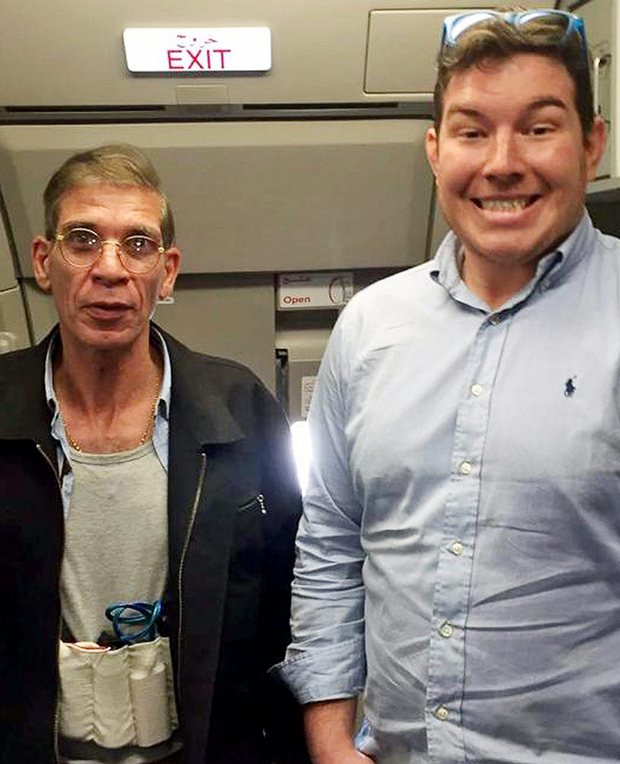 Footage has emerged of the moment a British passenger casually strolled up the aisle of a hijacked EgyptAir plane and posed for the photograph with the man holding up the flight with what, at the time, was believed to be a suicide belt, The Guardian reports.

In the clip, filmed by a Dutch passenger, a steward can be heard asking the Briton, Ben Innes, to come up the aisle, adding: “You want to take a photo with him?”

Innes replies “yeah, yeah … is that OK?” before walking up and standing beside the hijacker, Seif Eldin Mustafa, as well as two stewards.

As the two men pose beside each other, the photo is taken, before the steward asks: “Another one?” The phone is then handed back to Innes, who appears to express satisfaction after examining the shot. Other passengers giggle as they look up the aisle.

The footage, which was filmed by Dutch passenger Huub Helthuis and broadcast on a Dutch chatshow, emerged as another man who was held hostage on board the flight described how he frantically searched for any clue that the suicide belt was fake, and the moment Innes asked for a photograph with their captor.

Mustafa hijacked EgyptAir flight MS181 to Cairo from Alexandria and forced it to be redirected to Cyprus, claiming to be wearing an explosives belt which was later found to be fake. Read more at The Guardian.