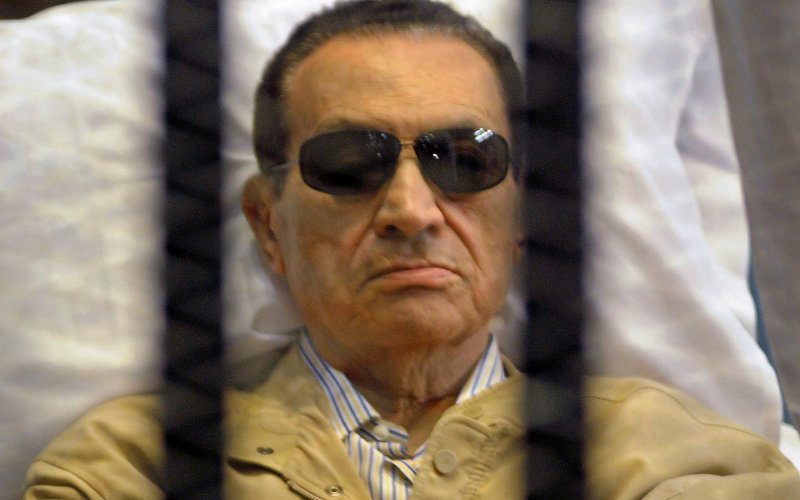 A top Egyptian appeals court on Wednesday acquitted former President Hosni Mubarak on charges of killing protesters during the country’s 2011 uprising. The ruling ends six years of a legal battle over the former ruler’s involvement in the deaths of Arab Spring protesters, a popular uprising that ultimately led to his ouster from government.

Some 900 protesters were killed in Egypt during the revolution, though Mubarak was only implicated in the deaths of 239 in the court case. He was originally sentenced to life in prison in 2012, but an appeals court ordered a retrial. In 2014, he was cleared of all charges, before a final appeal that led to Wednesday’s ruling.

“This ruling is not fair and not just. The judiciary is politicized,” Osman al-Hefnawy, a lawyer for the families of the killed protesters said, according to Reuters.

Mubaraks’ clearance in 2014 sparked public outrage and mass protests. But, outside of defense lawyers, Wednesday’s ruling has so far been met with deafening silence.

“Egyptians have gotten used to this,” said Michele Dunne, Middle East expert with the Carnegie Endowment for International Peace. “They’ve become used to seeing more and more of the Mubarak-era officials acquitted or have their cases dropped,” she told Foreign Policy.

Not that Egypt’s political climate allows for public protests these days. A military coup in 2013 toppled the Islamist government first elected after Mubarak’s ouster. Since then, the new government under former General Abdel Fattah el-Sissi has violently clamped down on political freedom and dissent. On Monday, Egypt expelled one of the country’s last remaining outspoken opposition politicians from parliament, further undermining the country’s crippled opposition.

El-Sissi’s government likely won’t see a newly-acquitted Mubarak as a threat to power. The former president, who ruled Egypt for 30 years, is now 88 years old and in poor health.

Behind the scenes, there’s potentially a quiet power struggle simmering between the ruling military el-Sissi represents and Mubarak’s sons, who have close ties to the country’s business elites. Dunne said it’s still unclear whether Mubarak’s acquittal will pave the way for any political future for his sons, but it’s not out of the question.

But the acquittal Wednesday showcased how far the country has drifted from the ideals that animated the early days of the Arab Spring, particularly for the young people who led the revolt against Mubarak.

“It’s just one more sign that the changes that they pushed for and thought they had won in 2011 are completely gone,” Dunne said.