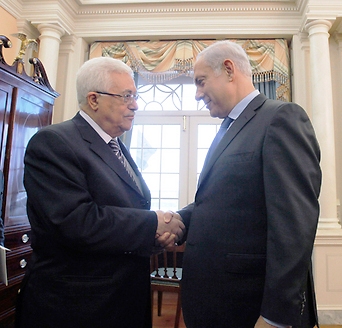 France has proposed an international peace conference to restart negotiations on the Israeli-Palestinian conflict, warning that if the effort fails the country could unilaterally recognize a Palestinian State.

The French plan, presented on Tuesday, would bring together Israelis, Palestinians, as well as their European, U.S. and Arab partners in order to relaunch the peace talks. An anonymous French diplomat told the Washington Post that France hopes to hold the conference this summer.

According to Israeli Foreign Ministry spokesperson Emmanuel Nahshon the French ambassador to Israel met an Israeli ministry official on Tuesday but would not say whether Israel would participate in the talks. Nahshon said Israel supports “direct negotiations with the Palestinians” but “opposes attempts to predetermine the outcome of negotiations.”

At a Berlin press conference with German Chancellor Angela Merkel, Israeli Prime Minister Benjamin Netanyahu called it “surprising” that France would say ahead of such a conference that it would recognize a Palestinian state without ascertaining what such a state could become and whether that state “really intended to end the conflict” and is genuinely willing to recognize Israel as a Jewish state.

He also questioned why France would do so without making sure there are security arrangements in place that would prevent Hamas, Islamic State or other terror groups from taking over land from which Israel might withdraw for the purpose of a Palestinian state.

“If the Palestinians know that their conditions will be accepted, and they don’t have to do anything [to compromise], then certainly there is an internal contradiction and they will not do anything,” Netanyahu said, the Jerusalem Post reported.