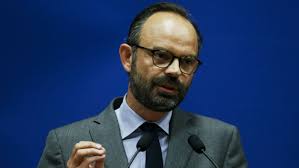 France’s newly elected president appointed a former political foe, Edouard Philippe, as prime minister Monday in an apparent attempt to build a broader base for the untested political movement that brought Emmanuel Macron to power.

The selection of Philippe – the mayor of the northern port Le Havre – was viewed as a careful political calculation by Macron without an established party structure behind him.

Macron, an independent centrist, last week became the first candidate in modern French history to win the country’s top job without belonging either to the center-left or center-right parties that have run France since 1958.

But Philippe, 46, belongs to the country’s traditional conservative establishment and previously backed Alain Juppé, who was defeated in the presidential primaries last fall.

As a prominent member of France’s center-right Les Républicains, Philippe could potentially attract other conservatives to the new president’s coalition.

Macron, formerly the finance minister of France’s former Socialist president, François Hollande, left his post last year to found his own party, “En Marche!” (Onward). Macron’s campaign sought to transcend the left-right partisan divides with a crossover message in an age when many voters in the West have turned against globalism and establishment political figures.

In an interview with The Washington Post before the May 7 runoff of the presidential election, Philippe – who had previously criticized the new president – said that Macron “has to implement what he promised, that is to renew the political system, the government, to mix the right and the left.”

As recently as January, however, Philippe was less convinced of Macron’s potential as a leader.

In an op-ed for the French newspaper Libération, Philippe wrote: “Who is Macron? For some, impressed by his power of seduction and his reformist rhetoric, he would be the natural son of Kennedy and [former far-left political leader Pierre] Mendès France. We can doubt that. The former had more charisma; the latter more principles.”

Philippe’s appointment also creates a dilemma for his center-right Republicans party, which had hoped to seize power in the legislative elections and push its priorities against Macron’s.