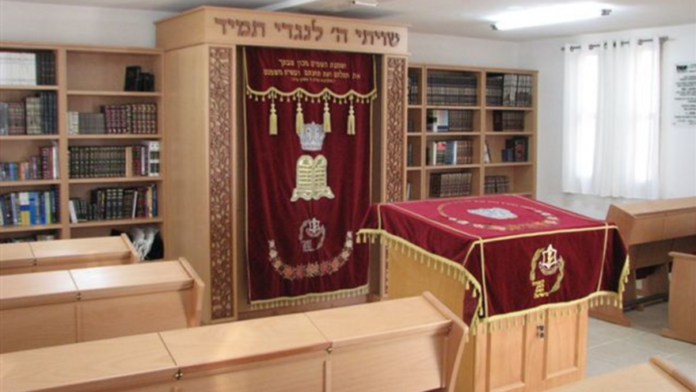 The shul, along with a sefer Torah used by IDF soldiers, was destroyed by a Hamas rocket in early May in a barrage of rocket fire into Israel that caused the deaths of four civilians.

Following the attack, FIDF launched a campaign on May 29 to raise $60,000 to rebuild the shul and an additional $43,000 to dedicate a new sefer Torah. Upon hearing of the campaign, the Bogarts donated the full amount needed to repair the shul.

The shul is scheduled to be rebuilt by September, according to FIDF.

“We feel privileged to be able to contribute to the wonderful efforts of Friends of the IDF in supporting the brave men and women of the IDF,” said Fred Bogart. “These soldiers risk their lives to defend the Jewish homeland on the Gaza border, so helping to restore this place of spirituality is an honor for us.”

The Bogarts will be recognized for their donation with a plaque in the shul. They will be invited to the shul’s reopening and have an opportunity to meet the soldiers and commanders on the base.

FIDF is still looking for $43,000 to replace the sefer Torah donated in memory of Holocaust survivors, which was also destroyed by the Hamas rocket attack.

“The soldiers of the Kissufim Base work along the dangerous Gaza border to ensure the safety of the state of Israel,” said Susan Levin-Abir, executive director of the FIDF Palm Beach/Broward in South Florida. “Rebuilding the synagogue will raise the morale of the soldiers, and return a center for prayer, celebration and spirituality that was lost.”

TRUMP FIRES BACK: If Remarks Were So Bad, Why Didn’t Woodward Report It Earlier?