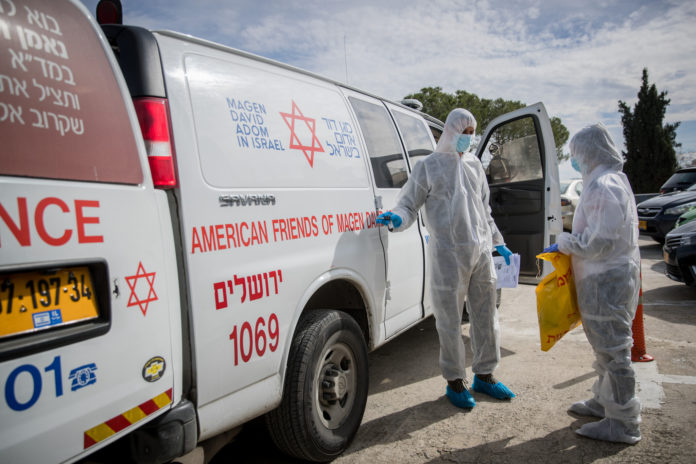 Israeli Coronavirus Project coordinator Ronni Gamzu apologized on Sunday for likening the recent spike in COVID-19 infection in the Arab sector to a “terrorist attack.”

In a statement to the media, Gamzu clarified that what he had meant “was in the context of the virus and its morbidity, not the Arab community.”

In an interview with Ynet earlier in the day, he had said, “The Arab sector in the last two weeks, after the Eid al-Adha holiday, almost carried out an attack that would have resulted in hundreds of patients. Gatherings, riots, parties, complacency, apathy—thinking coronavirus would not hurt them.”

In response, Joint Arab List leader Ayman Odeh called it “a pity that while Arab doctors are at the forefront of the struggle against the coronavirus, the project coordinator comes out with a statement that harms an entire sector.”

“Instead of making such unfortunate statements, I invite him to work together to defeat the virus,” said Odeh.

Gamzu’s remarks come against the backdrop of a significant rise in infection rates in the Arab sector, with almost half of all cases in Jerusalem emanating from the eastern part of the city. Arab towns and cities in the rest of the country, as well as areas with a high population of ultra-Orthodox Jews, —also report a significant spread of the virus.