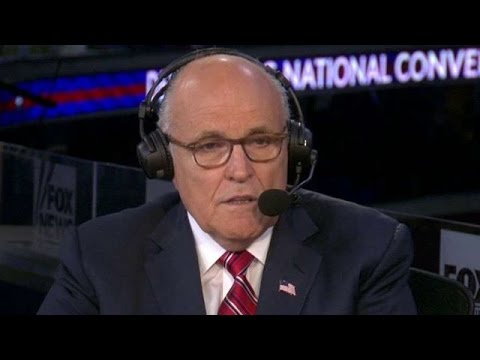 On ‘America’s Newsroom,’ former New York Mayor Rudy Giuliani sounded off at the Democratic Party for not representing widows of fallen officers.

They have “created an anti-police atmosphere,” and created a moment that made their opinions known when a group of mothers who lost their children to violence took the party’s convention stage, he said.

“All you have to do is talk to one of your local Philadelphia police officers like I did walking in this morning,” Giuliani told Fox News’ “America’s Newsroom” host Bill Hemmer. “They will tell you this is the worst since the Black Panther movement. I said why? They said that it’s clear the president takes their side no matter what’s against us.”