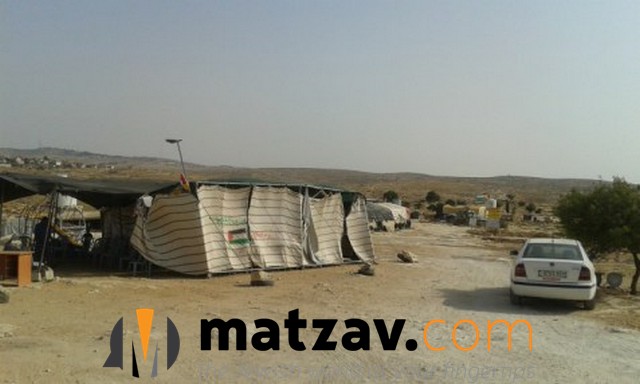 The Israeli National Planning and Construction Enforcement Unit demolished 20 illegal Arab structures in Jerusalem and its surrounding areas overnight in what is being described as the largest enforcement operation of planning and construction ordinances in the last 20 years.

“The national unit will continue to enforce the law and exercise its responsibilities regarding any violation of planning and building laws,” the unit said in a statement on Tuesday morning.

Due to the wide scope of the operation, the national unit called in reinforcements from other localities throughout Israel to help the Jerusalem team carry out the demolitions.

A total of 14 of the 20 illegal structures were located in the village of Kalandia next to the Atarot Industrial Zone in northern Jerusalem. Some of these structures were built in a zone where construction is illegal due to the area’s proximity to the security fence.

The 14 structures were demolished in coordination with the Border Police from the nearby Binyamin region, who managed to complete the operation in the face of rioting and blockades by local residents.

The Israeli NGO Regavim (The National Land Protection Trust), which has campaigned against illegal Arab construction throughout Judea and Samaria, expressed praise for this morning’s demolition of the 20 illegal structures.

“The Israeli public has been dismayed for many years that the widespread illegal construction in the Arab sector is a fait accompli,” the organization wrote in a statement. “The Israeli government proved to itself overnight that the expression ‘rule of law’ is not just an empty cliché and that it can restore sovereignty to every corner of the State of Israel.”

“The enforcement operation last night is an important first step on the long road to putting the Planning and Construction Law back in its rightful place,” the statement added.

Prime Minister Benjamin Netanyahu had announced on Sunday at the weekly cabinet meeting that the government would increase the enforcement of legal planning and construction.

“Today, the cabinet will approve the law to increase and strengthen enforcement in the field of planning and construction,” said Netanyahu.

“We are working to create a reality of one state with one law; law and order for everyone, without exception,” Netanyahu asserted.