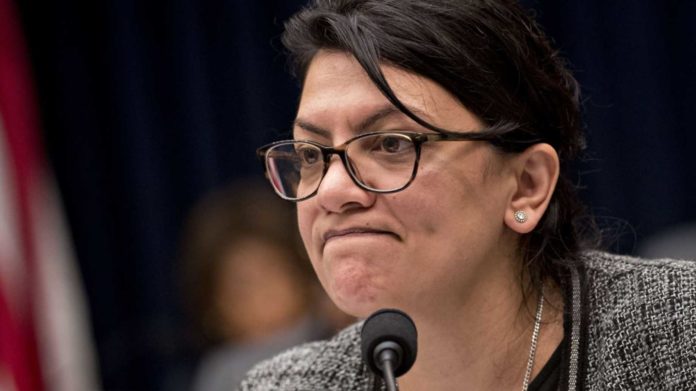 Rep. Rashida Tlaib, D-Mich., said Friday that she will not travel to Israel after the Israeli government initially banned her from entering the country and then reversed course.

Israel had relented after Tlaib sent a letter requesting to see her 90-year-old grandmother, who lives in the occupied West Bank, during a four-day trip planned for next week.

“In my attempt to visit Palestine, I’ve experienced the same racist treatment that many Palestinian-Americans endure when encountering the Israeli government,” she said in a statement.

Tlaib had initially hoped to arrive Sunday in Israel with Rep. Ilhan Omar, D-Minn., on a trip focused mainly on viewing the impact of recent U.S. policies and aid cuts on Palestinians.

Israel’s decision to prevent their entry for that trip immediately drew widespread criticism from Democratic lawmakers and American-Jewish organizations, including the staunchly pro-Israel lobby AIPAC, with some critics saying it set a new, unfortunate precedent for U.S.-Israel relations.

In her statement, Tlaib said the Israeli government had taken advantage of her personal situation and her desire to visit her grandmother, requesting that she pledge not to advocate for a boycott of Israel while she visited.

“The Israeli government used my love and desire to see my grandmother to silence me and made my ability to do so contingent upon my signing a letter – reflecting just how undemocratic and afraid they are of the truth my trip would reveal about what is happening in the State of Israel and to Palestinians living under occupation with United States support,” the lawmaker wrote.

She said visiting her family under such “oppressive conditions meant to humiliate me would break my grandmother’s heart.”

Israel’s Interior Minister Aryeh Deri, who on Friday approved an overnight request from Tlaib to visit based on humanitarian grounds, called Tlaib’s decision not to visit a provocation.

“Last night, she sent me a letter asking to allow her to visit her 90-year-old grandmother ‘because this could be my last chance to meet her,’ ” said Deri. “I approved it for humanitarian reason, but it turns out that it was a provocation to embarrass Israel. Her hatred for Israel overcomes her love for her grandmother.”