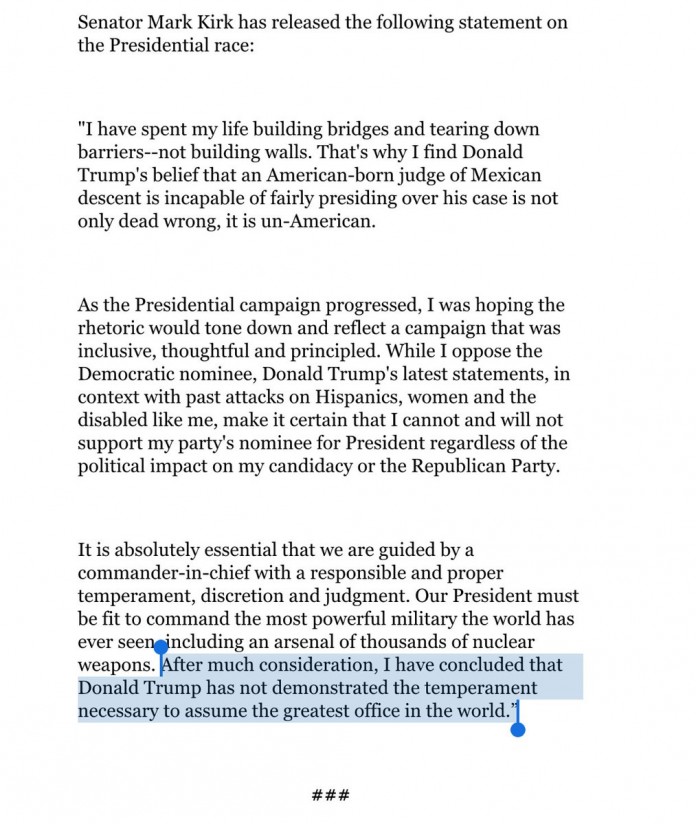 “I cannot and will not support my party’s nominee for president,” the Illinois-based lawmaker told the AP. Last month, when asked if he’d support Trump in the general election, Kirk said, “Certainly, if he’s the nominee.”

The senator also tweeted: “Given my military experience, Donald Trump does not have the temperament to command our military or our nuclear arsenal.” The GOP senator is currently in the midst of a tough re-election race, in which he trails his challenger, Democratic Rep. Tammy Duckworth.