Brooklyn – Councilman David G. Greenfield hosted his first annual Boro Park Volunteer Appreciation Breakfast on Sunday to show his gratitude for the countless residents who dedicate their time to the community as members of the many great organizations serving Boro Park and the surrounding neighborhoods. The event included over 120 volunteers from nearly a dozen community organizations and featured as its keynote speaker New York City icon Curtis Sliwa, who gave a stirring speech on the importance of volunteerism, family and neighborhood, and of giving back to your city and country. Sliwa also gave tribute to his father, Chester, who had just passed away at Maimonides Hospital that morning, for instilling in him at an early age the importance of volunteerism and community service. Prior to Sliwa’s speech, Councilman Greenfield presented him with a ceremonial shofar to show appreciation for his dedication to New York City over the past three decades. The outstanding community groups represented and honored included Hatzolah, Boro Park Shomrim, Flatbush Shomrim, Chaverim, Yad Ephraim, Chesed, Chesed Shel Emes, Dror, Tomche Shabbos and Mikimi, with the members treated to a free breakfast sponsored by Councilman Greenfield.

“Curtis Sliwa is someone who really cares about the community and wanted to make a difference, not only in his community, but around the entire city. When I think of iconic New Yorkers, when I think of politics, I think of Mayor Rudy Giuliani. When I think of real estate, I think of Donald Trump. When I think of sports, I think of Yogi Berra. And when I think of activism, of people who care about New York and are always willing to speak the truth, I think of Curtis Sliwa. There are not a lot of people in this city that we can look up to as a role model and as really one of the premier volunteers of New York City. It’s a privilege to have him here today,” said Councilman Greenfield in his remarks introducing the Guardian Angels founder to the jam-packed room inside the Boro Park Y.

“America is at a point now where we need volunteers more than ever before. Everyone recognizes that we spend too much and have to cut back, and the void is going to have to be filled by those who are already out there, busting their shoes serving the city on a regular basis. No volunteer ever asks for pay or compensation or a stipend. The only thing that volunteers need to get nourished to continue on is recognition and acknowledgement, like what is taking place today!” said Sliwa during his speech. “I know on my last day, the one thing that I want my sons to be proud of is not that people recognize me or know who I am, but to know that their father did for them what my father did for me, what his father did for him.”

“One of the big misunderstandings is that every one of your Jewish volunteer agencies and activities is not just there to serve the Jewish community. I’ve seen it with my own eyes time and time again – people you are unaffiliated with, people you don’t know, people of a different religion, people who would in fact privately acknowledge that they hate you right down to the marrow of their bone, would be the ones you serve over and over again and not ask for anything in return. Is there any calling of higher service to God, to community and to country?” added Sliwa.

Following Sliwa’s speech, Councilman Greenfield asked the crowd to join him in giving a standing ovation to the life and memory of Chester Sliwa. “I cannot think of a more inspiring speech on the eve of the high holidays, to have us understand what is important and what is not, then this speech by Curtis Sliwa. We all are a product of our families, and your father’s memory will be in our memory for years to come,” he said. “I tell people time and time again that I am privileged to represent this area because no community in this city, or in this country, does the chesed this community does.” 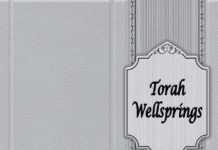