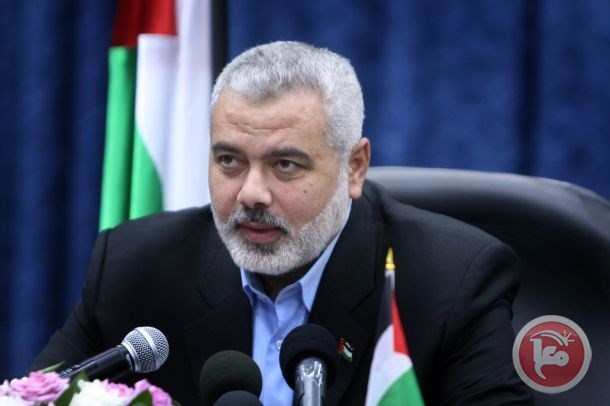 Hamas chief Ismail Haniyeh said on Thursday that two industrial zones, a new power line and a hospital would be built for Palestinians in the Gaza Strip as part of truce understandings between his Islamist group and Israel.

The deal, brokered by Egypt, Qatar and the United Nations, has not been publicly acknowledged by Israel, which deems Gaza’s ruling Hamas movement a terrorist organization and shuns direct negotiations.

In a briefing to foreign media, Haniyeh accused Israel of failing to comply fully with the understandings and of repeatedly reducing the size of Gaza’s fishing zone, which he said was to be widened to 18 miles under the deal.

Israel, which cites security concerns for its naval blockade of Gaza and strict border controls, has temporarily narrowed or closed the zone in recent weeks in what it said was a response to incendiary balloons launched from the Palestinian enclave.

Haniyeh accused Israel of non-compliance with the ceasefire and of delaying any launching of the projects stated in the deal. “The understandings are in danger because of the non-compliance by the occupation to implement the required obligations,” Haniyeh said.

But he said Palestinian factions in Gaza were committed to maintaining calm by stopping the balloon launchings and nighttime demonstrations along the border that have led to clashes with Israeli forces.

“We want to afford a dignified life for our Palestinian people and we want to spare our people repeated aggressions (by Israel),” said Haniyeh.

He did not say when construction of the two industrial zones and the hospital would start, but he noted that funds from Qatar would be used to purchase a new power line from Israel and create new jobs.

Some two million Palestinians live in Gaza, whose economy has suffered years of Israeli and Egyptian blockades as well as recent foreign aid cuts and sanctions by the Palestinian Authority, Hamas’s rival in the West Bank.

Qatar has in recent years funneled hundreds of millions of dollars into relief projects in Gaza, viewing the aid as a way to stave off privation and fighting with Israel. Unemployment in Gaza, which has a population of two million, is at 52 percent.

Hamas seized Gaza from forces loyal to Palestinian Authority President Mahmoud Abbas in 2007, and the group has fought three wars with Israel since then.

In two days of heavy fighting in early May, projectiles from Gaza killed four civilians in Israel, local health officials said, and Israeli strikes killed 21 Palestinians, over half of them civilians, according to Gaza health authorities.

A ceasefire mediated by Egypt, Qatar and the United Nations ended that round of violence.