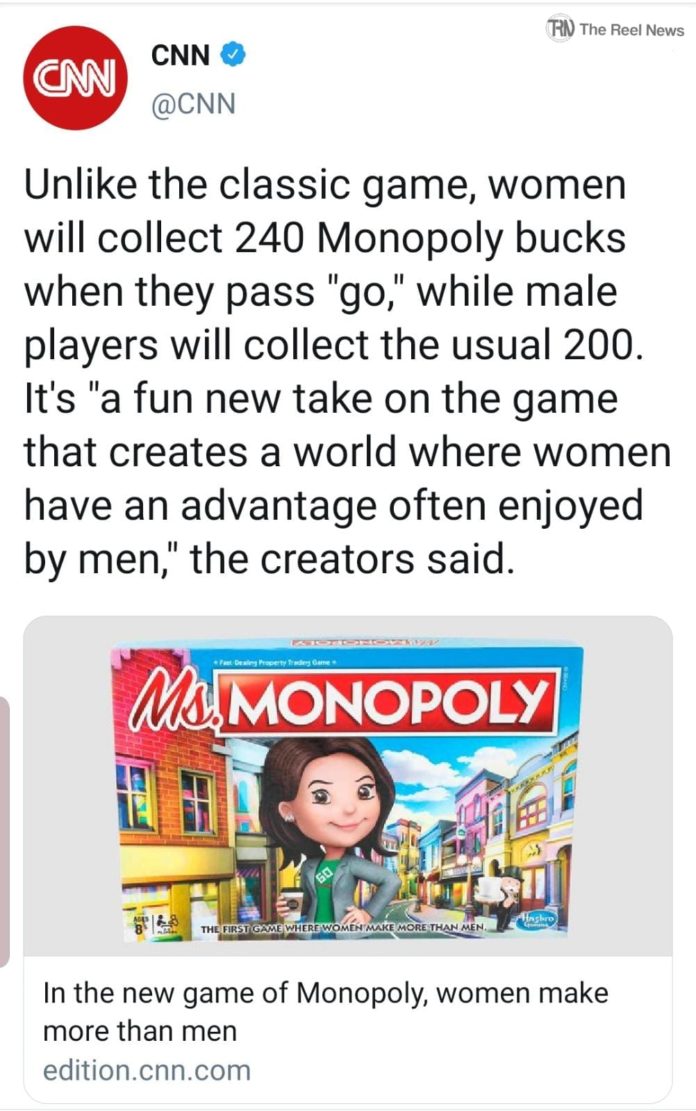 Hasbro Inc. is introducing a new version of the classic board game called Ms. Monopoly, where the Monopoly Man, with his mustache, cane and top hat, is replaced by a blazer-wearing, coffee-swilling businesswoman — an “advocate whose mission is to reinvest in female entrepreneurs.”

The rules generally stay the same as in the classic real estate game. But instead of purchasing properties, players buy up inventions and innovations that women had a hand in creating, like Wi-Fi and chocolate chip cookies, Hasbro said in a news release.

Players will build business headquarters instead of houses in this game. And in a move that flips the pay-gap narrative, women start with more money than men; they will also get more money when passing Go.

“Ms. Monopoly was created to inspire everyone, young and old, as it spotlights women who have challenged the status quo,” Hasbro said.