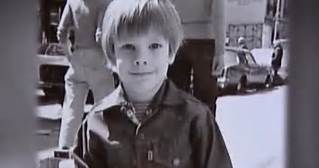 Almost four decades after first-grader Etan Patz set out for school and ended up at the heart of one of America’s most influential missing-child cases, a former store clerk convicted of killing him was sentenced to at least 25 years in prison.

His wife, Julie Patz, wiped tears from her eyes as she witnessed the culmination of a long quest to hold someone accountable for their son’s disappearance. The case affected police practices, parenting and the nation’s consciousness of missing children.

Hernandez, 56, didn’t look at the Patzes, speak or react as he got the maximum allowable sentence: 25 years to life in prison, meaning he won’t be eligible for parole until he has served the quarter-century. Read more at CBS.