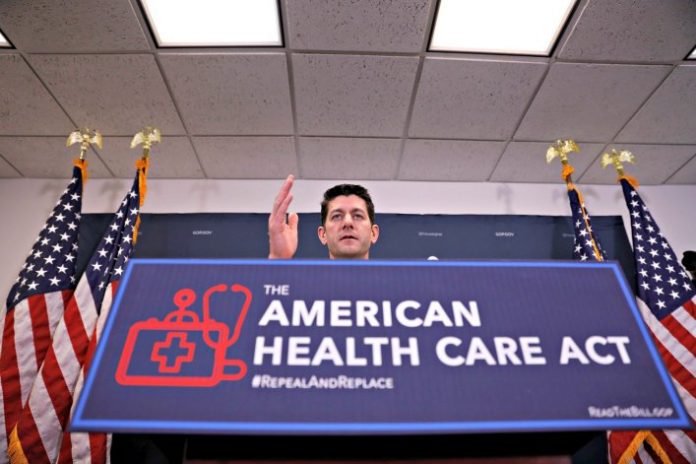 Two Republican lawmakers spoke to The Hill, saying they are nearing a deal on changes to the ObamaCare replacement bill that could move the measure closer to passage, though doubts remain.

The compromise is being brokered between Rep. Mark Meadows (R-N.C.), chairman of the conservative House Freedom Caucus, and Rep. Tom MacArthur (R-N.J.), a co-chairman of the moderate Tuesday Group.

According to a summary of the amendment obtained by Politico and confirmed to The Hill by MacArthur’s office, states would have the option to apply for waivers to opt out of some of ObamaCare’s core requirements. One of the limited waivers would allow insurers to charge higher premiums for people with pre-existing conditions as long as the state also offered high-risk pool coverage.

The measure would also allow states to repeal ObamaCare’s essential health benefits, which define the minimum benefits a plan can offer, including mental healthcare and prescription drugs.

A conference call for all House GOP lawmakers on Saturday will offer them a chance to discuss the changes. Read more at The Hill.