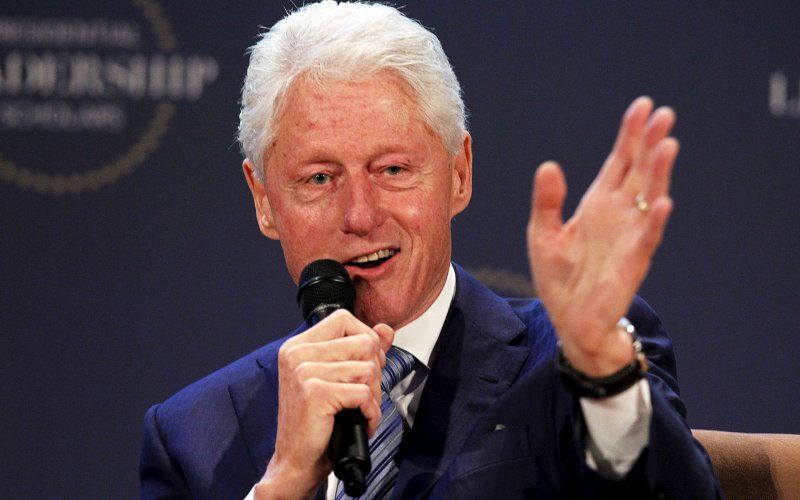 COVINGTON, Ky. – Hillary Clinton has already made it pretty clear that her husband, former president Bill Clinton, is unlikely to spend his days in the White House picking out the china during her potential administration.

On Sunday, she got a little more specific about what he would be doing: fixing the economy.

“My husband … I’m going to put in charge of revitalizing the economy because you know, he knows how to do it,” Clinton told supporters in northern Kentucky. “And especially in places like coal country and inner cities and other parts of our country that have been really left out.”

Hillary Clinton has long made it clear that she looks to her husband’s presidency as a model for how to manage the economy. She often notes the job creation and increases in median household income during his administration.

“When my husband was president, incomes rose for everybody,” she said in Louisville on Sunday morning.

But the role the former president would play — perhaps as an economic emissary to hard-hit parts of the country — is more similar to the job he has done as one of Hillary Clinton’s chief surrogates on the campaign trail. He often goes where she cannot.

Last week, for example, Clinton sent her husband to the heart of Kentucky’s coal country — a place where her candidacy has been met with hostility because some there blame her policy position on renewable energy for job losses in the fossil-fuel industry. The goal: that Bill Clinton would employ some of the empathy that made him one of the sharpest political operators in the Democratic Party. And he did.

“I was governor when the Ozark mountains where I lived had three of the four poorest counties in America. I get this,” he told the crowd last week in Prestonsburg, Kentucky. “I know it’s hard when places are physically isolated. I’m not pretending.”

He also dropped a hint about a future job in his wife’s administration.

“All I’m telling you is, I volunteer that if Hillary got elected president, I would like to be tasked with the responsibility to take you along for the ride to America’s future,” he added.