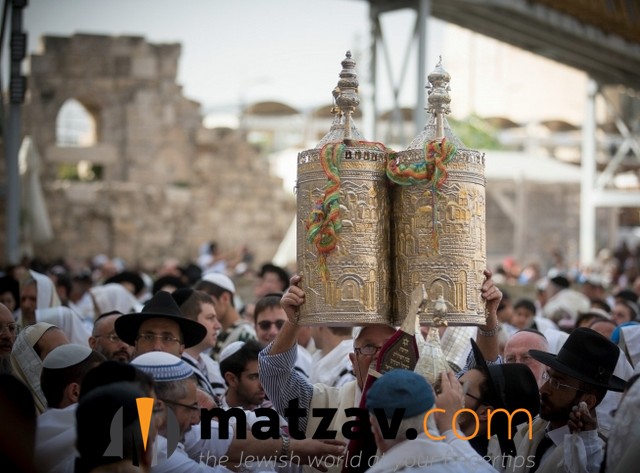 A survey conducted by the Rafi Smith Polling Institute among 500 individuals representing a sample of Israel’s population found that most Israelis support American-Jewish involvement in increasing religious freedom in Israel. The survey was ordered by the Hiddush Freedom of Religion for Israel Organization.

According to the survey, 60% of Israel’s Jews support the involvement of Jewish Diaspora organizations in advancing marriage freedom and 40% oppose it. Among secular Jews and traditional Jews, 75% support U.S. Jewish involvement, compared to 91% of religious Zionist Jews and chareidi Jews who oppose it.

62% of secular Israelis felt that Israel should take into account the Jewish Diaspora’s positions on issues like marriage, conversion, and worship at the Kosel, as did 53% of traditional Israeli Jews. 73% of chareidim opposed this, as did 61% of religious Zionist Jews community. Overall, 53% of the Jewish population supported Israel taking the Diaspora Jewish community’s views into account on matters of religion and state and 47% opposed it.

“Interestingly,” Hiddush noted, “only 21% of immigrants from the former USSR attach importance to the dispute over who is a Jew, compared to 45% of native Israelis, even though the immigrant population is considered the primary target for conversion programs to Judaism. It would seem that veteran Israeli society is more interested in the conversion saga of the immigrant population than the immigrants themselves… To prove this point, the results are consistent with the lack of interest expressed by immigrants towards the various conversion programs offered by the Israeli government.”