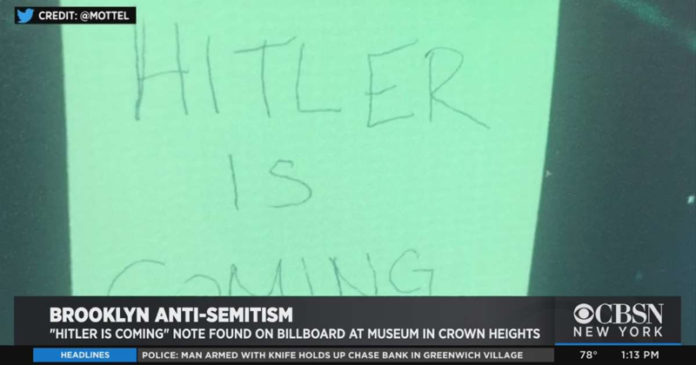 Police are investigating an anti-Semitic message found at the Jewish Children’s Museum in Brooklyn after a post-it note with the words “Hitler is coming” was found on a billboard display in front of the museum Thursday.

Police told the news outlet they are trying to determine whether the note should be investigated as a hate crime. They said they do not have any suspects.

De Blasio wrote in a post on Twitter that it is part of a “wave of hatred has been allowed to fester in our society.”