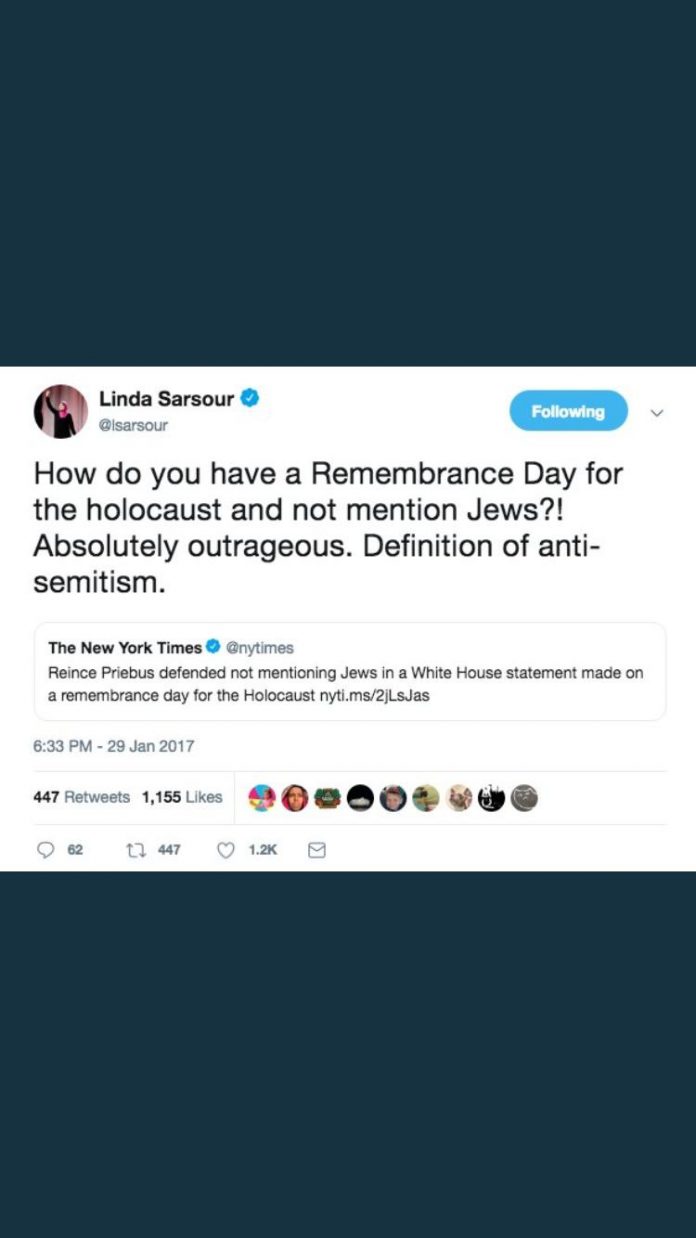 There was a big uproar in 2017 when White House Chief of Staff Reince Priebus released a statement that paid tribute to victims of the Holocaust, after critics pointed out it omitted references to the Jewish people and anti-Semitism.

The left wing media used the omission as “proof” that the new Trump administration was secretly antisemitic – despite President Trump making Israel a priority during his campaign and having Jewish son-in-law in Jared Kushner.

The statement in question:

“It is with a heavy heart and somber mind that we remember and honor the victims, survivors, heroes of the Holocaust. It is impossible to fully fathom the depravity and horror inflicted on innocent people by Nazi terror.

“Yet, we know that in the darkest hours of humanity, light shines the brightest.‎ As we remember those who died, we are deeply grateful to those who risked their lives to save the innocent.

“In the name of the perished, I pledge to do everything in my power throughout my Presidency, and my life, to ensure that the forces of evil never again defeat the powers of good. Together, we will make love and tolerance prevalent throughout the world.”

One of the President’s big critics at the time was Palestinian activist Linda Sarsour who wrote on Twitter:

“How do you have a Remembrance Day for the Holocaust and not mention Jews?! Absolutely outrageous. Definition of antisemitism.”

Sarsour seems so angry about the neglect to mention Jews one has to wonder how she followed that up two years later with this statement: 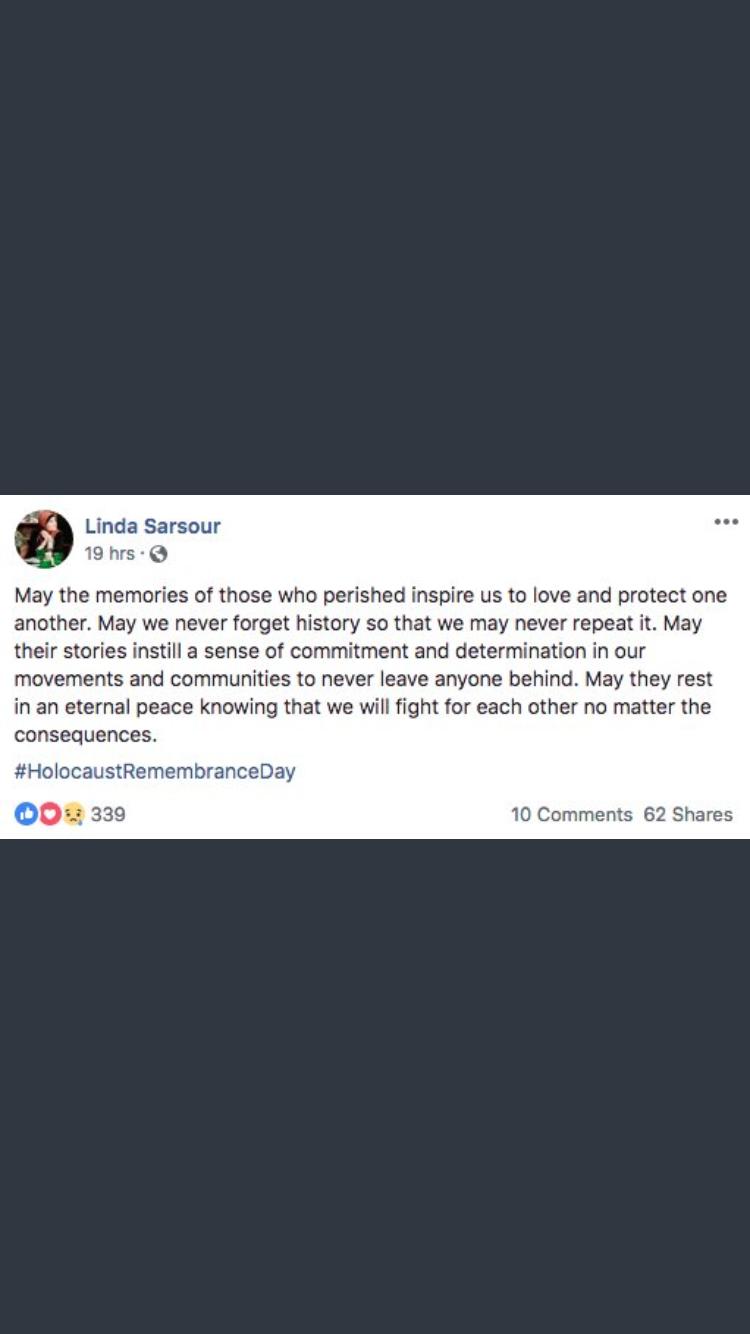