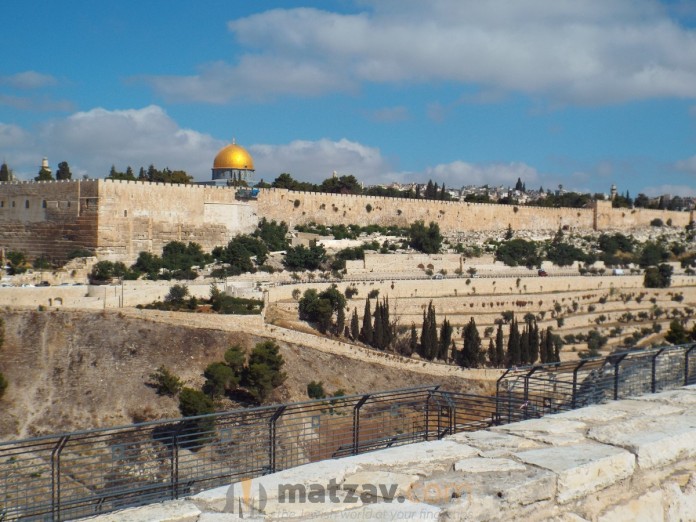 “The recent UNESCO resolution claiming that Israel planted “fake Jewish graves” on Har Hazeisim is “a cynical attempt to deny the Jewish people its rich history and its future,” said Avrohom Lubinsky, Chairman of the International Committee for the Preservation of Har Hazeisim (ICPHH). The reference to the historic cemetery of the Jewish people was part of the UNESCO resolution passed at the end of April which denied Jewish claims to the Kosel Hamaravi and the Har Habayis and instead designated them as Muslim holy sites. The motion passed with 33 votes in favor, six against, and 17 abstained. France, Spain, Sweden, Russia and Slovenia were among the non-Arab nations who supported the resolution. Estonia, Germany, Lithuania, The Netherlands, the United Kingdom and the United States objected.

Mr. Lubinsky added: “The UNESCO resolution is an incredible insult to the memories of the 150,000 Jews who are buried there, dating back 3000 years and including the Nevi’im Malachi, Chagai and Zecharia as well as Chulda Hanevi’ia. It is a disgusting act to do to the families of loved ones who are buried there from around the world, including an estimated 20,000 Americans, some 14,000 Frenchmen and 12,000 British citizens. We never heard a word of condemnation about the 45,000 graves that the Jordanians destroyed and used to build a hotel and roads before Israel recaptured Jerusalem in 1967. Nor has there been a word against those Arabs who desecrate graves and heave rocks at worshippers, which thankfully security forces have sharply reduced in recent months.” Mr. Lubinsky said that despite a restoration program by the government several years ago, 23,000 graves remain unrestored.

“Jews don’t plant fake graves. We as a people have too much respect for the dead to even consider such a disgraceful thought,” said Mr. Lubinsky.