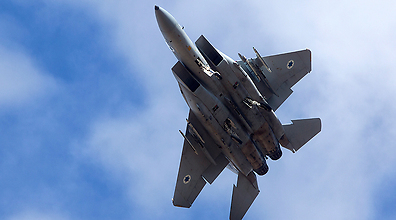 The IDF launched a retaliatory strike against targets in northern Gaza late Thursday night, according to Palestinian media reports.

“During the day, explosive balloons were launched from the Gaza Strip into Israeli territory,” the IDF said in a statement. “In response, a short while ago, an IDF fighter jet and an IDF aircraft struck an infrastructure used for underground activities of the Hamas terror organization in the Northern Gaza Strip

The explosive balloons reportedly ignited fires in Israeli communities nestled close to the Gaza border, according to Hebrew media reports.