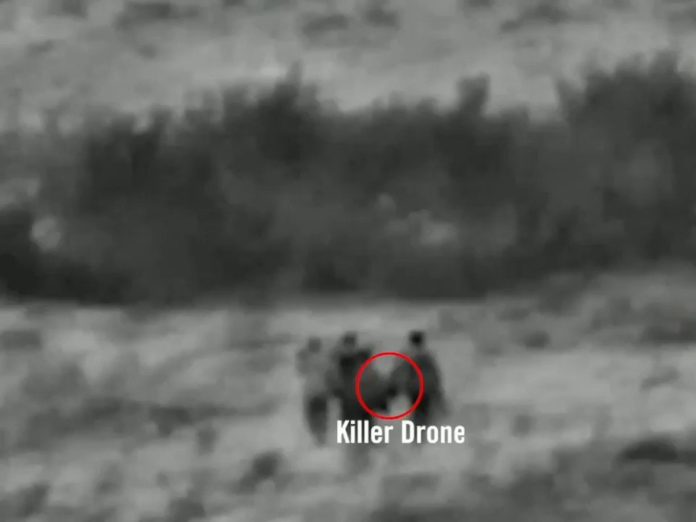 The Israeli military releases footage of what it says was an attempt by pro-Iranian operatives to launch an explosives-laden drone into northern Israel from Syria last Thurday.

In the footage, four men can be seen carrying the craft as they walk through fields.

The IDF says it foiled the attempt to launch the drone, but declines to say precisely how.