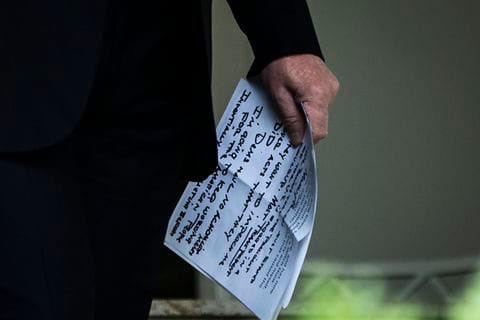 Press at President Trump’s impromptu media appearance in the Rose Garden on Wednesday captured images of his handwritten notes.

In the picture, taken by Washington Post staff photographer Jabin Botsford, Trump’s notes read “They want to impeach me over acts that they did” and “Dems have no achomlishments.”

Trump told assembled members of the press he would not work with the Democratic House majority on major legislation until it ended its various investigation into his administration and businesses and fired back at accusations by Speaker Nancy Pelosi that he had engaged in a “cover-up.”