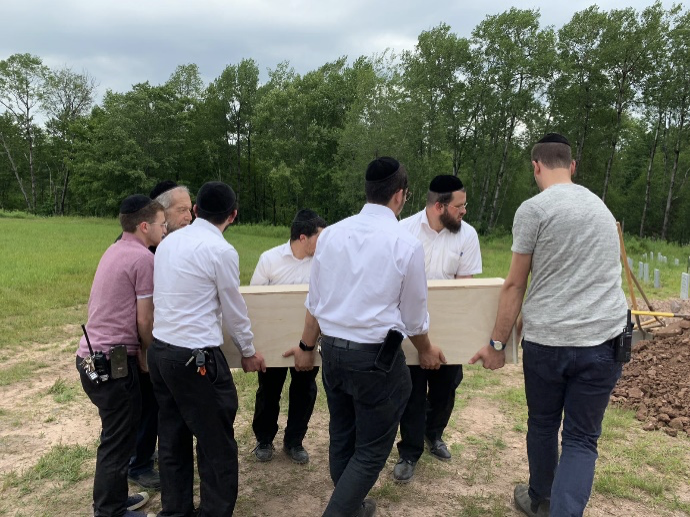 When I got the call that Michael had passed away alone in his Florida apartment, I felt terrible. I was told he had already been gone for several days before the police had found him. Michael was my half-brother (the son of my father’s first wife who had died when Michael was only a baby). Michael was much older than me and lived in Florida. I had never grown up with him, (he was adopted by my father’s sister and her husband) but we still managed to keep in touch every now and then through birthday cards and holiday calls. Michael never missed sending a card to his niece and nephew (my children) for their birthday.

When Michael died, he was alone, with no savings. As a single mother, raising two children, living in a tiny apartment in Ossining, NY, with most of the family gone, and being financially strapped, I felt more than helpless. I was Michael’s only living relative who had kept in contact but had no means to help him. We are Jewish, not orthodox, yet I felt it important for Michael to have a proper Jewish burial. The Medical Examiner’s office would put a hold on cremating Michael’s body until I got back to them. I called a charitable organization which agreed to help once I put down two thousand dollars, which I didn’t have.

That same day, my ex-husband gave me the number of a man named Rabbi David Shapiro from the Chabad of Miami Beach. I found him to be very kind and concerned about my situation. He would take my telephone number and see what he could do. He called me back immediately letting me know that unfortunately there weren’t any funds available to cover the cost of a funeral. However, he gave me the number of Rabbi Isaac Lieder of Chesed Shel Emes in New York, a man who Rabbi Shapiro had never met, but was told might be able to help in this type of situation. I figured I had nothing to lose by calling him.

Rabbi Lieder answered the phone immediately when I called. I explained the situation indicating that I had no money. His main concern was getting Michael’s body out of the Medical Examiner’s office and into a funeral home. “We’ll bring Michael’s body back to New York and bury him in the Chesed Shel Emes cemetery in Liberty, NY before Shabbat tomorrow” he said, without hesitation. It was as if I was speaking to an angel- a knight in shining armor. Never in my wildest dreams could I have imagined that someone I had never even met before would help someone without any money, not only to give Michael a Jewish burial, but also bring him back to NY- making it possible for me to actually attend his funeral!

He asked for my email address so that he could send me a release form and asked me to send it back as soon as I could. And that was it. When I got to my computer, I already had mail from Chesed Shel Emes”.

Words cannot express how grateful I am to Rabbi Isaac Lieder, Chesed Shel Emes, and to all the wonderful people who helped make Michael’s funeral possible. Those are the amazing people who renewed my faith in humanity. I’m sure Michael is finally resting in peace and thanking Chesed Shel Emes for this Shabbat miracle.

When I thanked Rabbi Lieder, he brushed it off, and told me “we’re just messengers”. Well, I think they are more than that. I believe they are “Angels”. -K. S.

This is just one of Hundreds of stories from the Chesed Shel Emes archives. Checkout their seven cemeteries which are filled with nearly 2000 graves of our indigent brethren. Every gravestone has someone’s life story buried underneath.

Now in these days of increased mourning for the destruction of the Bais Hamikdash, Chesed Shel Emes is running a fundraising campaign to help them cover the exorbitant cost of burying those who have no family, or no means to cover their burial.

Let us dig down deep, and engage in Ahavas Chinam, to counter the Sinas Chinam which brought upon the Churban. Let us do a true Chesed Shel Emes by contributing generously to this campaign.

May the z’chus of this Mitzvah, quickly bring our ultimate redemption, with the building of the third Bais Hamikdash.

Click here to take part in this tremendous Mitzvah 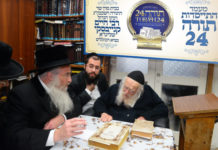 Unique and in Yerushalayim – Torah-24! 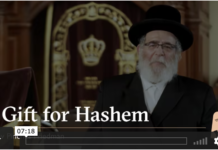 Is Shabbos a Gift From Hashem — or to Hashem? 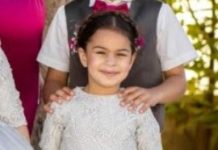 Her Student Opened Up To Her. But It Was Only Half The Story…