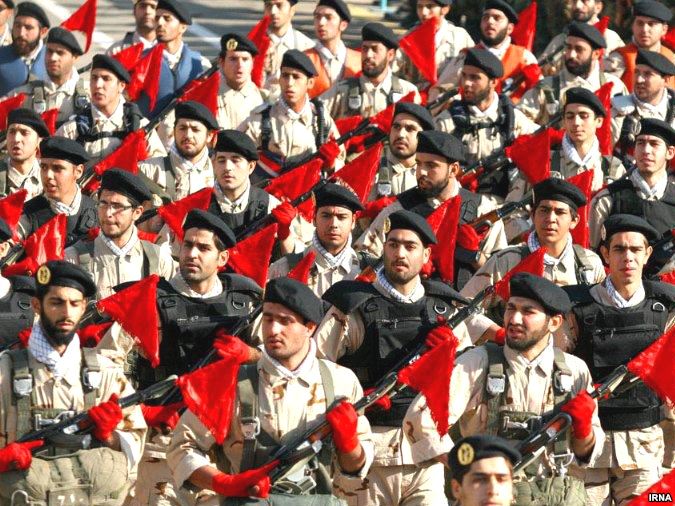 A senior commander of Iran’s Quds Force, Abu Alfazl Sarabian, was killed in Iraq in an attack by “Israel and the United States” on July 19, 2019, according to Iran’s Young Journalists Club news agency. A funeral service was held in Tehran before Sarabian’s body was returned for burial in his hometown of Kermanshah.

The July 19 attack targeted the Iraqi Popular Mobilization Force (Hashd al-Shaab) in Armeli in the Salah a-Din governorate of Iraq, north of Baghdad. Iraqi sources said Sarabian was killed as a result of an explosion in a storage area for solid fuel for missiles.

The announcement by Iran of the death of an IRGC officer in an “Israeli-American” attack on an Iraqi army base may raise regional tensions.

The attack is part of a campaign Israel is reportedly conducting against Iranian presence in Syria in general, and along the Israel-Syria border in particular. Israel is also reportedly targeting Iranian logistical bases in Iraq, away from the front.

Israel is accused of assassinating Mashur Zidan, a senior Hezbollah official, near Damascus on July 27. Zidan, like his former associate (now dead) Samir Kuntar, was tasked with recruiting for and planning attacks along Israel’s border in the Golan Heights.

Abu Alfazl Sarabian, pictured holding an Austrian Steyr HS 50 sniper rifle. Iran copied the design, renamed it the Sayyad AM-50 and provided it to Hamas and Islamic Jihad in the Gaza Strip. Syria produces its own version, the Golan S-01. Credit: Iranian media.
Asharq al-Awsat, a pan-Arab publication based in London, quoted unnamed Western diplomatic sources as saying that the July 19 strike was carried out by an Israeli F-35 stealth fighter and “targeted Iranian ‘advisers’ and a ballistic missile shipment that had recently arrived from Iran to Iraq.”

Iran and Hezbollah continue to plan for a possible conflict with Israel that could erupt in the shadow of the crisis between Iran and the United States. Iran is attempting to find alternative storage sites—maybe in Iraq—for the missiles, rockets and other materiel it transfers to Syria following repeated attacks on its Syrian depots. Now, according to foreign reports, even the infrastructure Iran is attempting to establish in Iraq is vulnerable. It is not clear how Iran will react to the actions against its interests in Iraq.

This article first appeared on the website of the Jerusalem Center for Public Affairs.