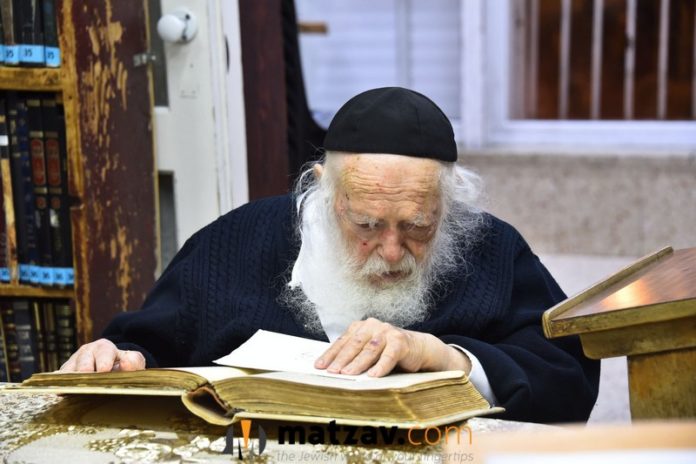 Israeli Prime Minister Bibi Netanyahu publicly disagreed with the gadol hador, telling the chareidi community not to do so and to stay locked down.

Some restrictions, including the reopening of preschools and daycare for children up to age 6, were planned for Sunday, but more than that, said Netanyahu, should not be done. Netanyahu even went the route of invoking the Torah in making his pronouncement. “I am requesting of the chareidi community not to do this. I am requesting of the chareidi leaders not to do this. The Torah sanctifies life and doing this endangers life.”

Netanyahu piled on, claiming that the Israeli authorities – including Israeli police who have already violently and publically beat up and abused chareidi children during the draconian Covid lockdown measures – would enforce all restrictions, without mercy. “We are going to use all legal means according to our abilities,” he said.

It should be noted that all yeshivos and chadorim that planned to reopen have been adhering and will adhere to the strictest social distancing measures and limiting the number of talmidim per room, as per the gedolim’s directives, but Netanyahu didn’t seem to care.

All schools in Eretz Yisroel have been closed for almost a month since Israel entered a second lockdown on September 18 to try to slow an alleged increase in Covid-19 infections.

Rav Chaim’s directive came after no decision was reached by the Health Ministry and the positivity rate is down to just 4% across the country. Rav Chaim and Rav Gershon Edelstein, rosh yeshivas Ponovezh, felt that the limud haTorah of yeshivos must resume.

Sephardic schools and yeshivos operating under the Shas network will not open yet, until the nosi of the Moetzet Chachmei Hatorah, Rav Shalom Cohen, feels comfortable with an arrangement settled with governmental authorities.

Netanyahu threatened that he will enforce the lockdown and give out summonses and fines and, if necessary, even arrests.