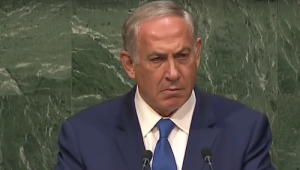 Israeli leaders, including Prime Minister Bibi Netanyahu and President Reuven Rivlin, have responded to harsh and false attacks voiced earlier against Israel by Palestinian Authority leader Mahmoud Abbas during his speech at the European Union Parliament in Brussels.

Prime Minister Benjamin Netanyahu blasted the speech, saying that Abbas had “showed his true face” in Brussels. “Someone who refuses to meet the president and myself for direct negotiations and who spreads blood libels before the European Parliament, is lying when he claims that his hand is extended in peace,” said Netanyahu.

The prime minister was referring to the potential meeting between Abbas and his Israeli counterpart Rivlin proposed by EU Council President Donald Tusk that Abbas bluntly refused to attend.

“Israel is waiting for the day when Abu Mazen stops spreading lies and engaging in incitement,” Netanyahu added, referring to Abbas by his nickname. “Until then Israel will continue to defend itself against Palestinian incitement that motivates acts of terrorism.”

Abbas harshly attacked Israel during his speech, calling its policies towards Arabs from the Palestinian Authority “racist” and “fascist.” He also said the PA is prepared to make peace with Israel — even as he rejected a single meeting with Rivlin while the two were in the same building at the same time, for the very same purpose.

President Rivlin also responded to Abbas’ speech on Thursday, expressing disappointment that Abbas has refused to meet with him.

“It is strange that Abbas repeatedly refuses to meet with Israeli leaders and then repeatedly turns to the international community for support,” said Rivlin in a statement. “We cannot build on the trust we have built if we do not start talking directly without intermediaries. Direct talks are the only way to build confidence and restore the conditions for peace between Palestinians and Israelis.”

Israeli lawmaker and former Shin Bet domestic intelligence chief Avi Dichter, who chairs the Knesset’s Foreign Affairs and Defense Committee also responded to what he called the “falsehoods” propounded by Abbas during his Brussels speech.

“With a series of historical distortions and crocodile tears, Abu Mazen today described the 1948 Palestinian ‘Nakba‘ [Arabic for ‘disaster’], without mentioning the fact that the Arab leaders in 1947 were the ones who determined their fate,” said Dichter.

“The Jewish leaders accepted the partition plan, while the ‘Abu Mazens’ of that time rejected the United Nations proposal and the Arab armies invaded Israel in order to wipe out the Jews and take 100 percent of Israel.”

Former Israeli Defense Minister Moshe Ya’alon responded to the speech as well, referring to Abbas’ claim that Ya’alon and Ehud Barak, a former Israeli prime minister, recently called Israel was a “fascist” state. While Barak did make a similar accusation, Ya’alon did not.

“Abu Mazen is not only lying as usual, continuing his malicious blood libels against the State of Israel,” wrote Ya’alon on his Facebook page, “he is also exploiting the healthy democratic discourse in Israeli society, which does not exist in his society and is putting words in my mouth I did not say.

“Abu Mazen’s conduct, speeches and evasions of direct negotiations with Israel without preconditions are further proof that he never intended to go for an agreement, including recognition of our right to exist as the only nation state of the Jewish people,” Ya’alon added. 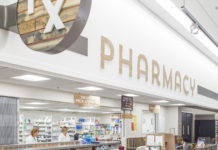