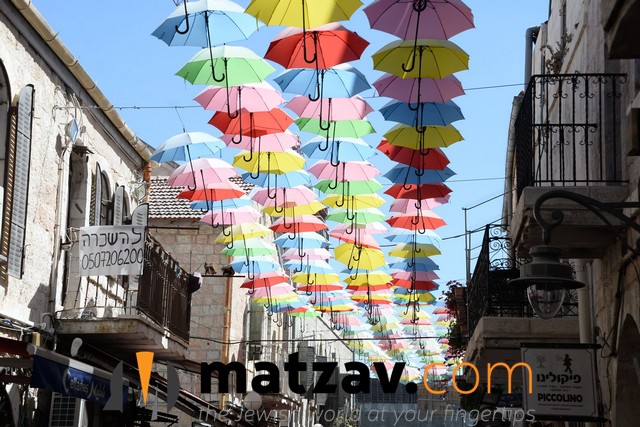 As Israel prepares to mark the 50th anniversary of the reunification of Yerushalayim May 23, the nation’s capital has experienced significant population growth.

There were 23,600 births in the city in 2016, which constituted 13 percent of births across the country. The total fertility rate in Yerushalayim stood at 3.87 children per woman in 2016, compared with the national average of 3.1. The average household in Yerushalayim, with 3.9 members, was also larger than the Israeli average of 3.3 household members.

Ninety-three percent of Jews and 89 percent of Arabs who live in Yerushalayim say they are satisfied with their lives.

Jerusalem Institute for Policy Research data reveals the high-tech industry is thriving in the capital. In the past two years, the number of Yerushalayim residents employed in the high-tech industry rose by 28 percent. In 2015, 18,500 people worked in high-tech, compared to 14,400 in 2013. Workforce participation in 2016, however, stood at 52.4 percent, as opposed to the national average of 64.1 percent.