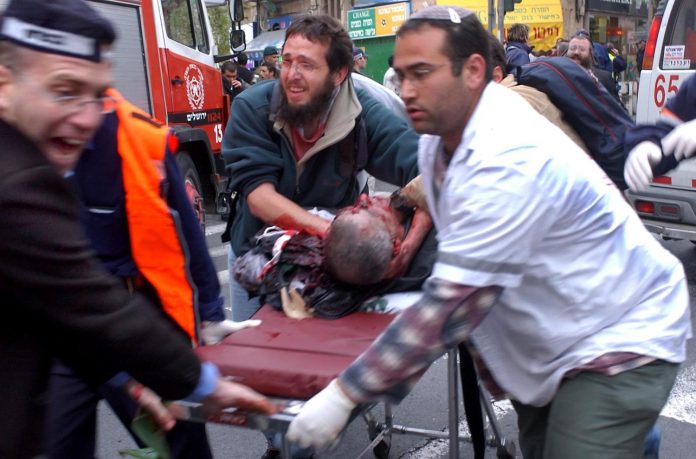 The Jordanian government has refused an anomalous U.S. request to extradite a Palestinian terrorist.

The Department of Justice’s extradition request for Ahlam Tamimi, who was behind a 2001 terror attack in Jerusalem that resulted in Israeli and American deaths, breaks with past U.S. policy on such terror-related cases. Prior to the Trump administration, legal cases against such terrorists constituted either criminal proceedings in Israeli courts or civil proceedings brought by family members in U.S. courts.

The request calls on Jordan to hand over Tamimi, a female Hamas terrorist who had previously been jailed by Israel for her connection to the Sbarro pizza restaurant terror attack in Jerusalem in August 2001, but was released by Israel as part of the controversial 2011 Gilad Shalit prisoner exchange. The 2001 bombing attack killed 15 people, including seven children and a pregnant woman, and wounded 130.

Tamimi proudly confessed to assisting Palestinian suicide bomber Izz al-Din Shuheil al-Masri carry out the attack for Hamas. She helped al-Masri choose his target and transported the terrorist to the crowded Jerusalem pizza restaurant, where he detonated a suicide belt containing up to 22 pounds of explosives, nails, screws and bolts.

In its refusal of America’s request, Jordan’s government cited a domestic court ruling that forbids the extradition of Jordanian nationals under the Hashemite Kingdom’s constitution.

As a means of pressuring Jordan to extradite the terrorist, Tamimi has been added to the FBI’s Most Wanted Terrorists list for her role in the Sbarro massacre. Two of the victims killed in the attack were American citizens.

Tamimi is currently a TV host in Jordan, where she has interviewed fellow Hamas terrorists, and has bragged about her involvement in the murder of other Israelis and the Palestinian resistance against Israel.

“We are glad that the U.S. Department of Justice has decided to move forward against this notorious mass murderer,” Darshan-Leitner said. “We have been requesting for a long time that this unrepentant Palestinian terrorist be rearrested, extradited and prosecuted by American law enforcement officials.” JNS.ORG