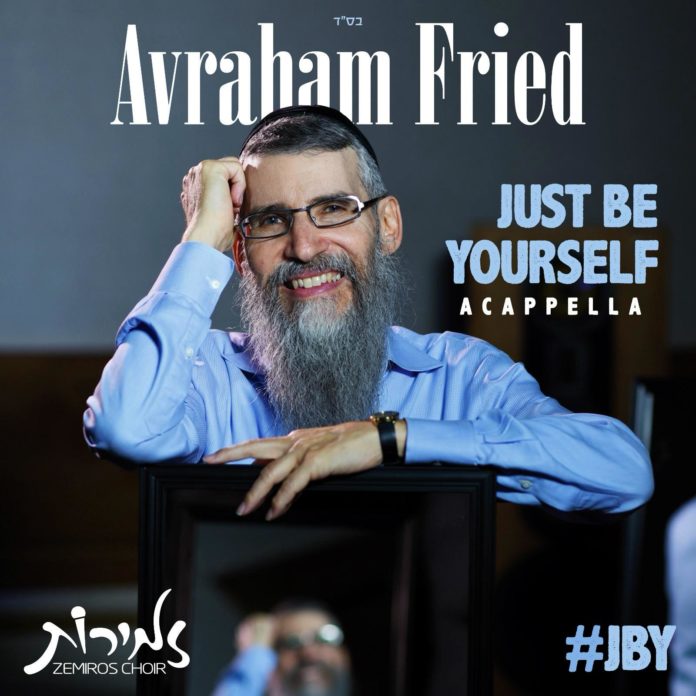 A few years ago, Avraham Fried introduced the world to a famous saying from the Kotzker Rebbe ZT”L through a song. The song titled “Ich Bin Ich”, featured this tongue twister in Yiddish, which was a unique and unusual way for the Kotzker Rebbe ZT”L to say, “Just Be Yourself”.
Now with the three weeks upon us, Avraham wanted to take this opportunity and make this amazing message more universal. He chose this time of year when it is more important than ever to remember to be the best “you” and love your fellow friend like they were you.
When tasked with how to turn the original track into acapella for the 3 weeks, Avraham approached Zemiros Choir’s director and arranger Yoily Polatseck to take the reins. Zemiros and Fried have worked together many times over the past ten years, so it’s no wonder they sound so good together. Gershy Schwarcz who recently joined Yoily and his team at the Zemiros Choir, is also a producer and mixing engineer at Edgware Studios in Monsey. Together, both Yoily and Gershy worked tirelessly night and day, and created a phenomenal sound. Yoily with his magical touch was able to add a beautiful and modern vocal twist to the song while still keeping the Yiddish “Taam”.
Being that no real instruments were used in the process of this arrangement, Gershy added his touch both sonically using his engineering skills and vocally together with Yoily, by imitating the instrumentation vocally to perfection.
Now all that was needed was the visual element to really drive home the theme of the song. That is where veteran video producer Menachem Weinstein came in.
He took the simple idea of the song and what Yoily and Gershy created with the vocals, and weaved his magic, creating a vibrant video in which everyone will be reminded to be the best they can be.
Enjoy!
#JBY (Just Be Yourself)