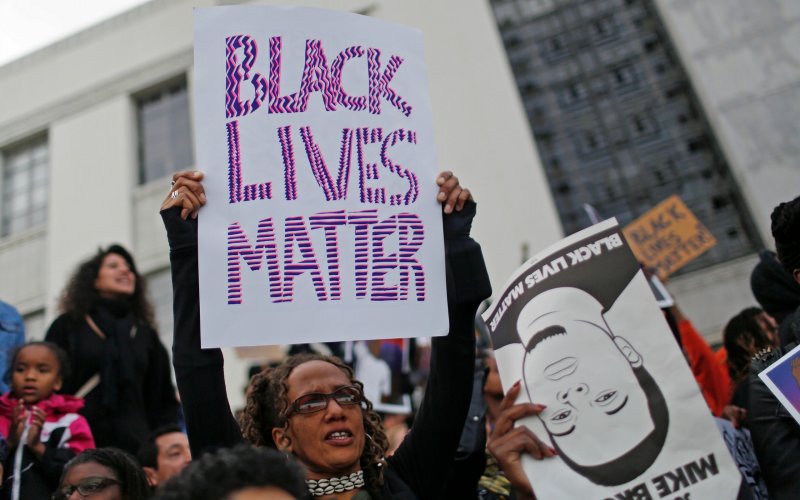 The Justice Department will not bring federal charges against any police officers involved in the death of Eric Garner, a 43-year-old black man whose videotaped takedown in New York in 2014 helped coin a rallying cry for those concerned about law enforcement’s treatment of minorities, two people familiar with the matter said.

For Garner’s supporters, the decision is a disappointing – albeit long expected – end to a case that had languished for years as various components of the Justice Department disagreed about what to do.

Prosecutors, including Richard Donoghue, the U.S. attorney in Brooklyn, plan to deliver the news to Garner’s family in a meeting Tuesday morning. The development was first reported by the New York Times. The people familiar with the decision spoke on the condition of anonymity because of the matter’s sensitivity.

The case followed a lengthy and tortuous path through the Justice Department, staying technically alive as three attorneys general – Eric Holder, Loretta Lynch and Jeff Sessions – finished their terms without bringing it to a definitive conclusion.

From the outset, the Justice Department’s Civil Rights Division argued that charges were warranted, especially for New York City Police Officer Daniel Pantaleo, who was caught on video wrapping his arm around Garner’s neck during the takedown.

But the FBI in New York and federal prosecutors in Brooklyn were wary of bringing a case, and some of their skepticism was documented in internal records, potentially complicating a future trial, current and former law enforcement officials said.

The tensions grew so thick that Justice Department removed New York FBI agents from the team of investigators. Late in Lynch’s term as attorney general, then Civil Rights Division head Vanita Gupta successfully pushed for her prosecutors to take the lead on the case, and Lynch gave them the green light to move forward, current and former officials said. But they found some of the previous investigation lacking and knew their work would have to continue into the Trump administration, the officials said.

Civil rights prosecutors continued to recommend charges be brought, but under Sessions and Deputy Attorney General Rod Rosenstein, no final decision was made, the officials said. It was not immediately clear who finally made the call.

Substantiating federal civil rights charges against police officers for on-the-job incidents can be challenging. Prosecutors must present evidence that speaks to an officer’s intent, and it is not enough for them merely to show that an officer acted negligently or recklessly. In Garner’s case, too, a Staten Island grand jury also declined to bring charges.

Garner initially drew the attention of police for selling loose cigarettes and was ultimately wrestled to the ground by officers in an encounter that was caught on video. His gasps of “I can’t breathe” became a rallying cry for those advocating for change in how police treat minorities.

Pantaleo was put on desk duty and this summer went through an internal administrative process to determine what discipline he should face. Stuart London, an attorney for Pantaleo, said he preferred to wait for an official announcement before commenting.

Commissioner James O’Neill is expected to make a decision on his future with the police department soon. The city of New York reached a civil settlement with Garner’s family in 2015 for $5.9 million.