In Devarim, Perek Yud Zayin, posuk tes vov the Torah commands Bnei Yisroel to appoint a king that will rule over them.

There are a few answers to this question. The first answer is that the Minchas Machvas says that since a king has a special command “Levilti Rom Levavo,” (he should not be haughty) he therefore can’t say the special bracha since it will cause him to be a baal gaava.

Another answer from the Minchas Machvas is that these brachos we say in the morning are only based on things that we are born with. When we say shelo asani goy, we thank Hashem that we are born a Yid. In contrast, a king is not born a king, but rather gets appointed later in life thereby rendering it something that does not come from birth. The king therefore can not say the bracha of she’asani melech. The Avudraham says that a Ger can’t make the bracha shelo asani goy because he wasn’t born a Jew. The Rema argues with this position and says that a ger could say shelo asani goy. The Taz explains this is because a ger is like a re-born child. In any case, we see that for the bracha to be relevant, the person needs to be born with it or be “born-again.”

A third answer is that we only say brachos on things that are set and will stay that way, therefore a man is a man, a Jew is a Jew, and a free person is not a slave. This will never change. In contrast, a king may not rule until the day he dies, as we see Shlomo Hamelech lost his kingship for a while. A king therefore can’t make a special bracha.

A fourth answer is that the king can’t make a special bracha since he was appointed by man and was not born in that position.

A fifth answer is based on Rabbeinu Bachya who says that Hashem only gave the mitzva of appointing a king having known that the Jews are going to want to be like the rest of the nations in the world. In reality, Hashem is our king and the fact that we have a human king is not so good, it is a di’eved. The king therefore does not have a special bracha.

The sixth and final answer we will give for this question is that really a king does not have more mitzvos than a regular Yid. Most of his mitzvos are “shev v’al taaseh” (refrain from doing rather than having pro active mitzvos.) As a matter of fact, a king can’t testify, can’t be judged, and can’t do yibum and or chalitza. According to Reb Yosi Haglili he can’t bring a korban oleh v’yored. A king is not allowed to get up in honor of a talmid chacham. With all the restrictions that a king possesses, the king has fewer mitzvos than a regular Yisroel. He therefore can’t say a bracha of she’asani melech.

May we be zocheh to see the Melech Hamashiach. 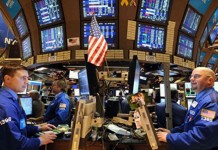