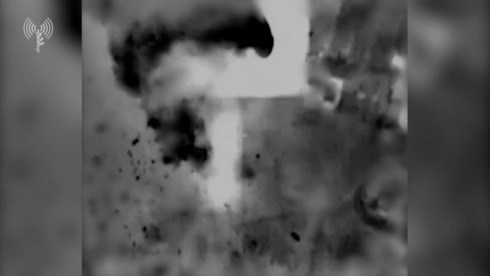 One man was lightly hurt after a rocket hit a home in the city of Ashkelon this afternoon as air-raid alarms went off across the country’s south amid a fresh rocket salvo fired from the Gaza Strip. The man was reportedly wounded when the rocket crashed on a gas balloon, causing extensive property damage at the scene.

A building in the city’s industrial zone was hit by a rocket, with no reports of injuries.
Meanwhile, the IDF continued carrying out strikes against terrorist targets in the Gaza Strip. An IDF soldier was lightly hurt from shrapnel after Hamas fired an anti-tank missile at an empty bus near the Erez border crossing with the Gaza Strip.

According to the military, several paratroopers, who arrived there earlier in the day to bolster forces in the area, got off the bus just minutes before the missile hit. Read more at Ynet.