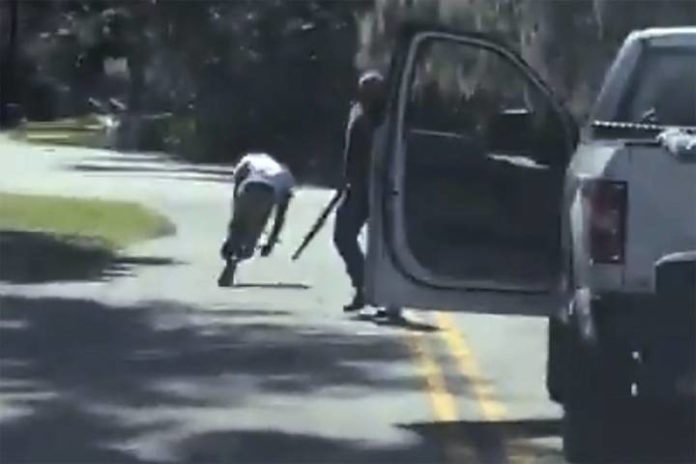 Georgia authorities on Thursday arrested a third person connected to the fatal shooting of Ahmaud Arbery, the black 25-year-old whose family says was killed in February after being pursued two white men in a pickup truck, prompting nationwide calls for justice.

The Georgia Bureau of Investigation arrested William “Roddie” Bryan, 50, who recorded the graphic cellphone video of Arbery’s death that was leaked earlier this month. He is charged with felony murder and criminal attempt to commit false imprisonment, according to the GBI.

Bryan’s arrest comes two weeks after GBI apprehended Gregory McMichael, 64, and Travis McMichael, 34, who confronted Arbery with firearms while he was out running Feb. 23. Both McMichaels were charged with murder and aggravated assault, and the GBI has confirmed that Travis McMichael shot and killed Arbery during the encounter.

Video of Arbery’s killing sent shock waves through the coastal community of Brunswick and enraged advocates across the United States, leaving many to wonder why it took more than two months for the McMichaels to be arrested.

Details pertaining to the initial investigation of Arbery’s death, which has now been handled by four different prosecutors, have been heavily scrutinized in recent weeks, and attorneys for Arbery’s mother have charged that it was “mishandled form the very beginning.”

Lee Merritt, an attorney representing Arbery’s family, has repeatedly called for Bryan’s arrest. Following the GBI’s announcement Thursday, he and other attorneys said in a statement that Bryan’s involvement in the killing was “obvious to us, to many around the country and after their thorough investigation, it was clear to the GBI as well.”

“We want anyone who participated in the murder of Mr. Arbery to be held accountable,” the attorneys added.

Bryan’s attorney, Kevin Gough, did not immediately return a phone call and message requesting comment Thursday evening. Gough told CNN Monday, that his client had taken a polygraph test, which he said confirmed Bryan was not involved with the shooting. Gough has previously tried to distance Bryan from being lumped in with the McMichaels, telling reporters Tuesday that Bryan “is not now, and has never been more than a witness to the shooting of Mr. Arbery”

“He is not a vigilante. Roddie did not participate in the horrific killing of this young man,” he said. “Mr. Bryan has committed not crime, and bears no criminal responsibility in the death of Ahmaud Arbery.”

Bryan is referenced in a police report following the fatal shooting. As Greg McMichael described he his son Travis’s pursuit of Arbery – the man he recognized from a “several recent break-ins in the neighborhood” – he notes that at one point during the chase, “Roddy” unsuccessfully tried to block Arbery’s path.

It was at that point, Greg McMichael told police, that he and his son, “jumped into the bed of the truck” and continue the chase. 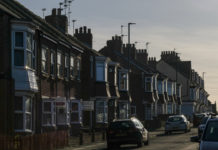 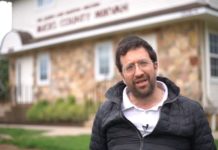