The Baltimore Sun reports: Seven Mile Market, a kosher supermarket in Pikesville that has drawn Jewish residents and others from around the region, plans to move and double in size – likely making it the largest operation of its kind in the nation.

The market, which opened in 1988, is moving to a Safeway store on Reisterstown Road near its current location on Seven Mile Lane. Already known for offering a wide variety of meat, fish, baked goods and other foods, the market will expand its product offerings as it moves into 55,000 square feet from its current 28,000-square-foot location.

The new location would be larger than other kosher mega-markets, including a store called Pomegranate, a two-year-old gourmet kosher supermarket in Brooklyn, N.Y. Pomegranate has about 30,000 square feet of retail space, said Menachem Lubinsky, editor of Kosher Today, an online publication that monitors trends in the kosher food and beverage industry.

Seven Mile “would be the largest kosher supermarket in the United States,” said Lubinsky. “It is by far the largest.”

The supermarket caters to a client base in the greater Baltimore area, which includes approximately 100,000 Jewish residents. At the same time, the demand for kosher food has grown nationally in recent years, according to market research firm Mintel. Sales of kosher foods totaled $12.5 billion in 2008, a 64 percent increase from five years earlier.

Recent food safety scares have probably helped boost the popularity of kosher foods, according to Mintel. The firm found in a survey last year that perceived food quality is the No. 1 reason people purchase kosher food. More than half of those surveyed cited “general healthfulness” and a third cited food safety, compared with 14 percent who said they buy kosher because they follow religious rules.

Hershel Boehm, the owner of Seven Mile Market, said he has been looking for a location where the supermarket could expand and recently negotiated a long-term lease to occupy Safeway’s Reisterstown Road location. He said he hopes to open in the new space this summer.

Boehm said the larger space will enable his market to display a wider variety of products and accommodate “a wider range of people.” He said its primary market is Baltimore and Baltimore County, but it draws patrons from as far as Delaware, Pennsylvania, Virginia and Washington.

“We’ve been looking for a while for a larger location,” he said. “It was a good match.”

When reached at the store Wednesday, Boehm said he didn’t have much time to discuss the move because he was busy attending to shoppers getting ready for Passover, one of the biggest holidays on the Jewish calendar.

Seven Mile Market “distinguishes itself by carrying only kosher products” but advises consumers to use their own discretion regarding the acceptability of individual items, according to its Web site. Items including meats, salads and hot prepared foods are approved by the Vaad Hakashrus of Baltimore (Star K) when indicated, according to the site.

Jeremy Diamond, a food service consultant who follows the local supermarket industry, said the relocation plan makes sense for Seven Mile, which caters to a predominantly Jewish population and draws people shopping for kosher products that can’t be found elsewhere. Diamond said Seven Mile has built a reputation as a “a one-stop shop for the kosher consumer,” a growing market in Baltimore and Washington. He said one limitation has been its building, an older structure that has housed a succession of grocery stores.

“It’s a smart move,” Diamond said. “It’s a bigger selling space and it’s a newer store. It’s going to give a fresh feeling to customers walking in the front door.”

The Maryland and Washington region had a higher percentage of Jews than the nation as a whole, 5 percent compared with 1.7 percent, a 2008 survey by the Pew Forum on Religion and American Life showed.

A Safeway spokesman, Greg Ten Eyck, said the Pikesville store that opened in 2003 hasn’t been profitable. He confirmed the sublease to Seven Mile and said the store’s last day of operation as a Safeway will be March 27. Safeway’s approximately 50 employees there are being offered jobs at other Safeway stores, he added.

Safeway is planning to build a 60,000-square-foot Baltimore County store starting this spring near York Road and Fairmount Avenue in Towson, Ten Eyck said.
Filling empty boxes
The store will be created within the shell of two side-by-side “big box” stores that have been vacant for more than a year: a former CompUSA store and a former Linens ‘n Things. The property, owned by Kimco Realty, previously housed a Howard Johnson’s restaurant and a Quality Inn. Ten Eyck said the Safeway is expected to open by the end of 2010 and will create jobs for about 150 people. “We’ve had our eye on this site for a while.”

Tom Maddux, president of the commercial real estate company NAI KLNB Inc., which represented Safeway in the York Road transaction, said the new store will fill a need in the Towson area, which has been growing with new residential construction. 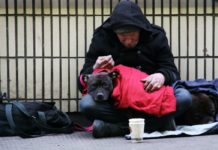