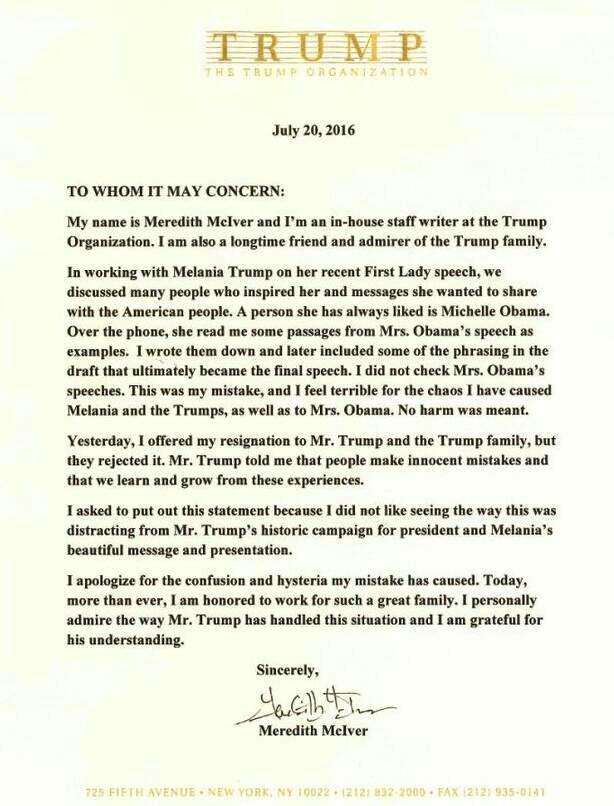 A speechwriter for the Donald Trump campaign has taken responsibility for Melania Trump’s speech two nights ago.

Meredith Mclver said she offered her resignation but that Trump refused to accept it.

In a statement, seen in full below, Mclver said that Melania Trump has always admired Michelle Obama and read her some passages from Mrs. Obama’s 2008 speech as examples of what she wanted to say.