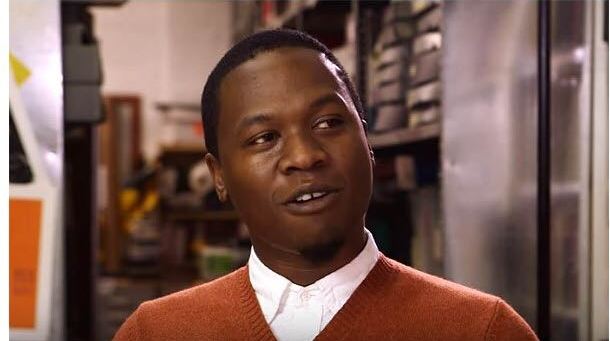 Authorities investigating recent bomb threats against Jewish institutions across the country arrested a Missouri man this morning and said he was behind at least some of the threats as part of a campaign to harass a woman.

This arrest appears to be the first made in response to a wave of bomb threats at Jewish centers and schools across the country. Headstones have also been vandalized at Jewish cemeteries in Missouri, Pennsylvania and, most recently, Upstate New York.

The bomb threats against Jewish centers and schools in January and February — including another string of such calls on Monday — brought the total number of incidents to 100 across dozens of states, according to the Jewish Community Center Association of North America. This threatening behavior, arriving at a time of increased anxiety over anti-Semitism, has prompted repeated frenzied evacuations and forced people to scramble from schools, offices and daycares, sometimes pushing cribs carrying young children.

Last month, a bomb threat was called in to the Anti-Defamation League’s headquarters in New York. Police said that a search did not turn up a bomb.

Thompson, 31, was charged with cyberstalking for allegedly communicating threats to Jewish Community Centers to harass a woman. He is expected to appear in court later Friday.

Thompson appears to have made at least eight of the Jewish Community Center threats as part of a sustained campaign to harass the woman, authorities alleged.

The woman and Thompson had been in a romantic relationship, and after their relationship ended, he began sending defamatory emails and faxes to her workplace, making false reports of criminal activity by her and making threats to the Jewish centers in her name. Authorities also said some of his threats were made in his own name as a way to show the woman was trying to frame him.

Thompson is a journalist who was fired from the Intercept for fabricating quotes and misled colleagues in order to cover his tracks.

The criminal complaint filed in federal court points to his Twitter page, where he rails on someone as a nasty “nasty/racist #whitegirl.” In one tweet, Thompson accused the woman of harassing and threatening him before saying she had framed him for a bomb threat to a Jewish Community Center.

Thompson’s page also expresses disdain for President Trump and white people generally. Trump earlier this week condemned the anti-Semitic threats and vandalism, his second such condemnation, but in a meeting with attorneys general he also questioned who was behind it and apparently suggested that it may have been the work of his political opponents.

Trump said that while the threats were reprehensible, sometimes it’s “the reverse,” according to two attorneys general at the meeting. He had also said last month that some bigoted sentiments were expressed by his opponents and “it won’t be my people,” but will be done to make his supporters look bad.

The ADL said Friday it was told by law enforcement officials that the arrest was made in the case of a bomb threat against its offices as well as “several other” facilities.

The New York Police Department confirmed that an arrest was made and referred further questions to the FBI. The bureau did not immediately respond to a request for comment.

“The defendant allegedly caused havoc, expending hundreds of hours of police and law enforcement resources to respond and investigate these threats,” James P. O’Neill, the New York police commissioner, said in a statement. “We will continue to pursue those who peddle fear, making false claims about serious crimes.”

In a statement, Kelly had said he was directing the agency “to heighten our outreach and support to enhance public safety.” As part of that, a branch of Homeland Security spoke with executive directors of the JCC association to offer more help with training and protective measures, he said.

On Thursday, the ADL said that at least 16 headstones were toppled by a cemetery in Rochester, N.Y., that it said has been used by the Jewish community there for nearly a century.

“A number of headstones were recently vandalized and toppled over at Waad Hakolel Cemetery in Rochester,” New York Gov. Andrew M. Cuomo (D) said in a statement. “Given the wave of bomb threats targeting Jewish community centers and disturbing vandalism at Jewish cemeteries nationwide, I am directing the state police to immediately launch a full investigation into this matter.”