Litzman’s decision to leave the event, at which he was a guest of honor, follows controversy in the army, over requiring religious soldiers to attend official events featuring female singers.

Yesterday’s event was sponsored by Litzman’s ministry and the child safety organization Beterem. After he delivered the opening speech, Litzman was seated in the front row of the hall with the other guests of honor, including the Health Ministry’s Director General Ronni Gamzu and Yerushalayim Mayor Nir Barkat.

After learning that the 12-year-old girls were due to perform, Litzman was said to have asked those sitting near him how he could leave the hall and saying that he had an important telephone call to make.

As soon as the choir finished its performance, Litzman returned to his seat.

Associates of the deputy health minister confirmed that he left the hall due to the choir’s performance. His office issued a statement saying it is Litzman’s practice not to be present when women sing and that no apology was necessary.

The statement said there should be “understanding in respecting a person who conducts himself in accordance with his faith.” The statement also said, however, that Litzman left the hall to deal with the issue of hospital nurses who had walked off the job. 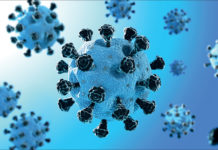