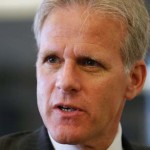 Former Israeli Ambassador to the United States and current member of the Knesset for the Kulanu party spoke today in Beer Sheva against Barack Obama.

Oren claimed that it is the first time that “radical Muslim values have entered the White House.”

Oren referred to the tensions between President Obama and Prime Minister Bibi Netanyahu, stating that “Obama’s worldview would have been problematic to any Israeli government, including a leftist government.”

Oren also stated that “Obama never would use the term ‘radical Islam’ because it defines who belongs to this world.” However, Oren also mentioned that there is a strong bond between America and Israel.

In June 2015, Oren had written a harsh Wall Street Journal article in which he accused US President Barack Obama of deliberately causing the deterioration in the relationship between the United States and Israel. After writing this letter, Oren clarified that he did not believe the US President was anti-Israeli but that he was too strict with Israel whenever it came to the diplomatic issue.

Oren asserted that “Mr. Obama voided President Bush’s commitment to include the major settlement blocs and Jewish Jerusalem within Israel’s borders in any peace agreement. Instead, he insisted on a total freeze of Israeli construction in those areas.” Jerusalem Online