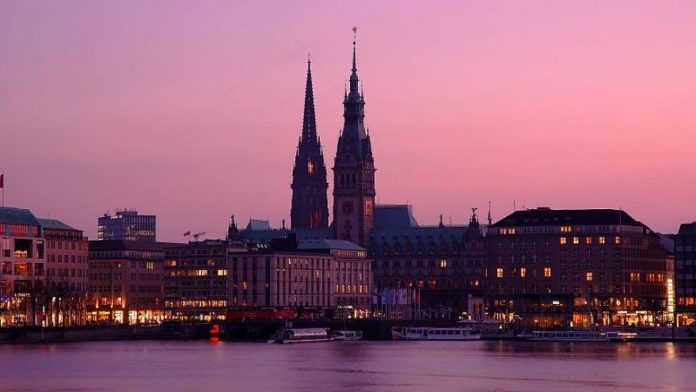 A 45-year-old Moroccan man detained by German police has been accused of threatening, demeaning and spitting at two Jews in Hamburg.

Shlomo Bistritzky, regional chief rabbi and a Chabad-Lubavitch emissary in Hamburg, and Eliezer Noe were approached near the city hall, where the two met with Mayor Peter Tschentscher, by a passer-by who harassed and spat on them.

Bistritzky told the Hamburg Abendblatt that the man confronted them by saying “Shalom” and then “said something that sounded threatening. We faced him and asked him what he had said. He then reached under his shirt and pulled out something … and began to threaten us verbally.”

The object reportedly was a lighter, which the man, who spoke Arabic and German, lit while insulting and threatening the two Jews.

Police apprehended him and placed a “spit protection hood” over him. The state police are now in charge of the case.

The suspect’s name has not been released, as per privacy laws.

Bistritzky remarked to the Abendblatt that he “never thought something like this could happen in Hamburg, let alone in this spot. We took it as a bad sign, too, that the attacker was released after two hours.”