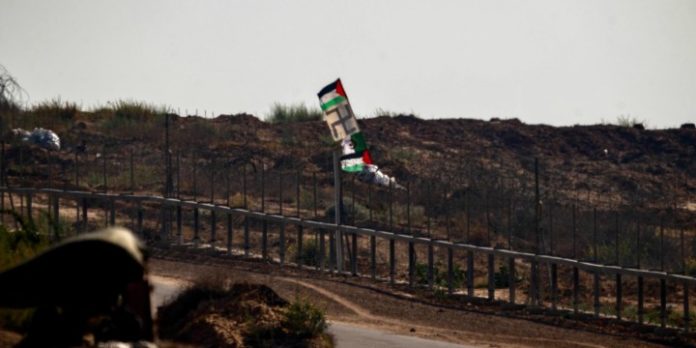 Around 6,000 Palestinians rioted on the Israel-Gaza Strip border on Friday, throwing rocks, firebombs and explosive devices at IDF troops.

The soldiers responded with riot-dispersal means. No Israeli casualties were reported.

According to the IDF, Palestinian rioters raised a Nazi swastika on the border fence. The IDF posted this message in response:

In the face
Of this hatred
Stand IDF soldiers
Alert and determined
Ready to defend lsrael
Today and every single day.”

Earlier this week, a terrorist who infiltrated into southern Israel from Hamas-ruled Gaza wounded three Israeli soldiers before being shot dead.