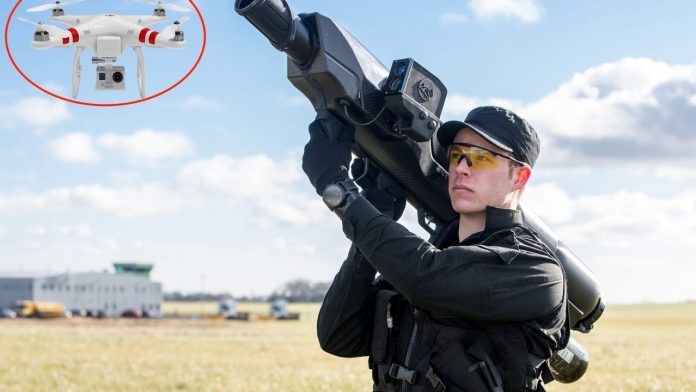 One of Israeli Prime Minister Benjamin Netanyahu’s bodyguards was seen on video Tuesday carrying an unusual weapon later identified as an anti-drone rifle.

The video, published by Hebrew news site Mako, shows Netanyahu and his entourage in the town of Caesarea, and the weapon in question is only visible for a few moments. It is a large, black, rifle-like weapon with an abnormally wide rectangular barrel.

There was initially confusion in the Israeli media as to the identity of the weapon, which has never been viewed being carried by one of Netanyahu’s guards before.

According to Mako, it was eventually determined that the weapon was a Chinese-made rifle specifically used to neutralize small drones.

The Chinese origin of the rifle may not be a coincidence, as Chinese-made drones are quite popular in the Middle East and thus constitute the most likely threat.

In addition, the weapon is relatively light and highly portable, giving it an advantage over other anti-drone defense systems.