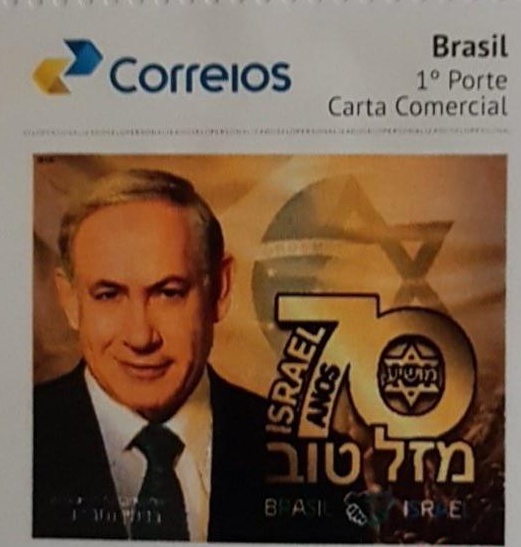 Prime Minister  Netanyahu on Sunday praised the Brazilian Evangelical Christian community for its strong support of Israel, as the visiting leader of the Jewish state was dedicated a stamp marked with the word “Savior.”

Celebrating Netanyahu’s visit, the Brazilian state of Amazonas issued a commemorative stamp with a picture of the prime minister on it, dedicated by Christian Israel supporters in the city of Manaus.

The stamp includes a mention of Israel’s 70th birthday, the words “Mazal Tov” and the word “Savior” written on a Jewish star, presumably referring to Netanyahu.

“You know that President Bolsonaro’s first name in Hebrew is Yair, which is also the name of our son,” said Netanyahu. “But Yair means something in Hebrew: he who brings light. And I think that we have now an opportunity together to bring a lot of light to the people of Brazil and the people of Israel. This is an alliance of brothers.”