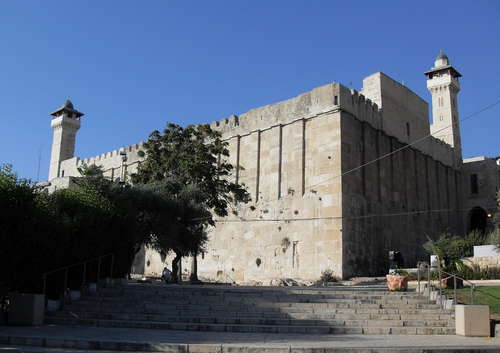 Israeli Prime Minister Bibi Netanyahu made a defiant statement to mark the somber anniversary of the 1929 Chevron Massacre.

On his Facebook page on Thursday, he wrote (in Hebrew):

This week 87 years ago, 67 Jews were murdered in a massacre perpetrated by an incited Arab mob in the Jewish community in Chevron. This attack lasted for hours, during which Jews were murdered…and robbed — while the British authorities stood idly by. We were helpless and defenseless.

87 years have passed, and Jewish settlement in Hebron has intensified and grown stronger under Israeli sovereignty. Jews from all around the world visit the Cave of the Patriarchs, “Beit Hadassah” and the ancient cemetery in Hebron. They are excited to encounter, up close, our deep roots here in the land of Israel.

The days in which we were massacred without being able to defend ourselves are gone, never to return. In the face of those who would uproot us, we will continue to deepen those roots.

Netanyahu was referring to the 1929 Chevron Massacre, which began on Friday night, August 23, and lasted throughout Shabbos. Sparked by the incitement of Arab leaders — in what was then British Mandatory Palestine – that the Jews were planning to seize control of the Har Habayis in Yerushalayim, angry Arabs surrounded the Jewish community. Armed with clubs, knives and axes, they went on a bloody rampage, killing, maiming and destroying homes and synagogues.

This event would become part of the 1929 riots throughout Palestine.

The current Palestinian “lone-wolf intifada,” which began last September – and has been characterized chiefly by stabbings and car-rammings – was also spurred by claims that Israel was attempting to take control of the Al-Aqsa Mosque on the Har Habayis. These are accusations that the Israeli government continues vehemently to deny.