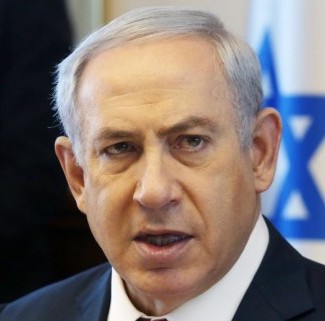 Israeli Prime Minister Bibi Netanyahu and his aides are watching the U.S. election with confusion and concern, unsure of Donald Trump and uneasy over Hillary Clinton. Some advisers are therefore urging him to seal a military aid package with someone he has long mistrusted — President Barack Obama.

“It should be tied up now,” says Zalman Shoval, Netanyahu’s former ambassador to Washington, leader of a group of retired diplomats who advise the government on the U.S.-Israel relationship. “It is risky for Israel to let the existing agreement run out without knowing the drift of the future administration.”

Israel is the biggest recipient of U.S. foreign aid, $3.1 billion in 2016. Having failed to persuade the United States not to sign a nuclear deal with Iran last year, it is asking for an increase — as much as $5 billion a year for the next 10 years — to help it counter Iranian missiles, Iranian-backed militants in Lebanon and the Gaza Strip, and affiliates of al-Qaida and Islamic State in Syria and Egypt. The White House is offering something under $4 billion, according to officials in both countries.

The question Netanyahu and his advisers are mulling is whether a better deal could be negotiated with Obama’s replacement. Many suspect not, although none would say so on the record. David Keyes, a spokesman, declined all comment.

Trump has sent mixed messages. On one hand, he has vowed to defend Israel in a way he contends Obama has not, and made a video endorsing Netanyahu for a third term in office in 2013. On the other hand, Trump has said he would remain “neutral” in the Israeli-Palestinian conflict and has spoken of reducing U.S. aid abroad as part of his plan to put his country’s interests first and improve the economy.

Clinton speaks often of her devotion to Israel. Her husband, former President Bill Clinton, is loved by Israelis for his close relationship with Yitzhak Rabin, the assassinated prime minister. But her relationship with Netanyahu has been rocky on occasion. As secretary of state, she phoned and berated him for 45 minutes after an announcement of new Jewish construction in predominantly-Arab East Jerusalem when Vice President Joseph Biden was visiting. And the influence of Bernie Sanders’ campaign on the Democratic Party is pulling it to the left toward concern for the Palestinians and impatience with Israeli occupation.

Some U.S.-based analysts of the relationship with Israel agree that signing a deal now makes sense.

“I just think it looks really bad for the prime minister to leave this particular file open,” said Aaron David Miller, vice president of the Wilson Center in Washington and once a key member of the U.S. team for Mideast peace talks. “He lost the Iran deal, he’s got nothing to show for what was supposed to be the most skillful and willful effort on the part of an Israeli prime minister to keep the Iranians away from the bomb. Even though it may be clear to the Israeli public that he didn’t get everything he needed, he has a stake in going ahead.”

The view is far from unanimous with others suggesting that the animosity between Obama and Netanyahu is too great and that either Trump or Clinton would be more generous. They say Netanyahu should not hand Obama another foreign policy victory.

Danny Ayalon, another former Israeli envoy to Washington, says the agreement should be signed with Obama only if some of the conditions the White House has placed on increased aid are removed. Among them are requiring Israel to swear off requests for additional funds over the 10-year life of the package and to spend a greater portion of the funds in the U.S., up from the current threshold of about 75 percent. “That’s where the compromise would be,” he said.

Israel has long brought bipartisan support in the United States although in the past decade, as Israel has moved to the right and the Democrats to the left, it has become more of a Republican cause. The trouble is that, apart from Sheldon Adelson, the Las Vegas casino tycoon and Netanyahu patron, many key Republican advocates for Israel do not endorse Trump whom they consider unpredictable and isolationist.

Israeli leaders note that Trump’s daughter, Ivanka, converted to Judaism and married a Jew, and the young couple is strongly pro-Israel. But they worry about Trump’s frequent shifts in position.

“It’s very difficult for us to get our political coordinates here,” says Marc Zell, co-chairman of Republicans Overseas in Israel. “We listened to his comment about being opposed to a building freeze in Judea and Samaria. That’s a great thing. On the other hand he made a big point about being neutral in the Israeli-Palestinian negotiations. That cuts the other way.”

Netanyahu aides are in touch with the Trump campaign and are trying behind the scenes to influence his pronouncements. Still, the prime minister will be careful if Trump shows up in Jerusalem, according to an adviser. The Israeli leader was criticized for an appearance with Republican Mitt Romney on his campaign visit to Israel in 2012.

Tension with Democrats stretched to the breaking point last year when Netanyahu accepted the Republican leadership’s invitation to speak before Congress against Obama’s nuclear deal with Iran. Netanyahu will try to appear non-partisan if Clinton visits, even though “his mindset is completely Republican,” the adviser said.

Palestinians, who feel the U.S. cares far more about Israel’s needs than theirs, are largely ignoring the race. A recent poll in the West Bank asked which candidate would be better for them. Seventy percent said they see no difference.

“Trump is a builder,” said David Rubin, former mayor of the settlement of Shilo. “He’s a bulldozer. Given the situation as it is, why shouldn’t Israel be building? I think he gets it on a very gut level.”