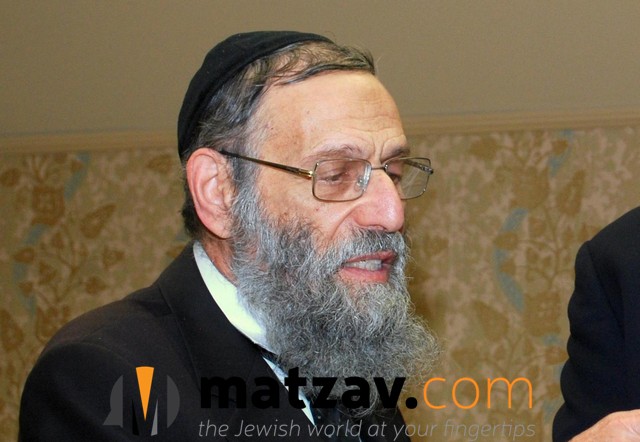 It is with great sadness that Matzav.com reports the petirah of Rav Chaim Zelig Fasman zt”l, rosh kollel of the Los Angeles Kollel and a member of the Rabbinical Council of California, who passed on Shabbos, Erev Shavuos. He was 83.

A noted marbitz Torah and Torah pioneer in Los Angeles, Rav Chaim was a son of Rabbi Osher (Oscar) Z. and Rebbetzin Shaina Baila (Jeanette) Fasman. Born in 1933 in Chicago, Rav Chaim grew up in Tulsa, Oklahoma, where Rav Osher was a rov.

Rav Chaim’s mother, Sheina Baila, nee Rubin, hailed from Chicago. Her family was known as baalei tzedokoh and machnisei orchim, and many prominent roshei yeshivos stayed in her parents’ home.

Rav Chaim, in his youth, studied under Rav Mendel Kaplan and others at Skokie Yeshiva. After mesivta and bais medrash, he joined Yeshivas Ponovezh in Bnei Brak, where he learned under the Ponovezher Rov. He then learned at Yeshiva Bais Hatalmud in Bensonhurst, where he imbibed from the Torah of the gedolim there, including Rav Chaim Visoker.

In 1969, Rav Chaim married his rebbetzin, Yehudis, a daughter of the famed Rav Eliyahu Munk of Paris, author of The Call of the Torah, The World of Prayer, The Seven Days of the Beginning and other noted works.

It was in 1975, that Rav Chaim took the lessons imbued in him by his parents and utilized them to spread Torah to the masses by founding the Los Angeles Kollel in Los Angeles, California. At the Los Angeles Kollel, the first kollel in the West Coast metropolis, Rav Chaim providing tremendous inspiration for the yungeleit and other members of the kehillah with his Torah erudition and ahavas haTorah. As a pioneering communal leader and respected rov and rosh kollel, Rav Chaim was sought out for his halachic guidance, hashkafic advice and general counsel by numerous people.

Rav Chaim is survived by his wife, Rebbetzin Yehudis Fasman; by his siblings, Rav Reuven Fasman, Rebbetzin Avis Sugarman, and Rebbetzin Millicent Drebbin; by his children, Reb Shmuel Fasman, Reb Nosson Fasman, Reb Eli Fasman, Mrs. Frumy Botnik and Mrs. Basya Bursztyn; and by many grandchildren who are following in his ways.

The levayah was held last night, Motzoei Yom Tov, at the Kollel of Greater Los Angeles on Beverly Blvd. in Los Angeles CA. The aron has been flown to Eretz Yisroel, with kevurah slated to take place on Wednesday on Har Hamenuchos in Yerushalayim.