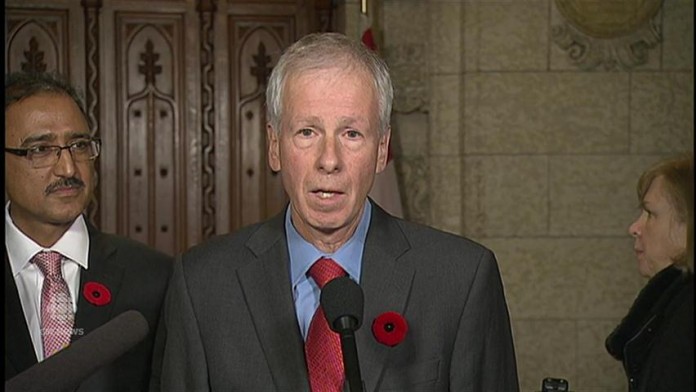 Canada’s new Liberal party government said it is delivering a “tough message” to Israel after drawing criticism over a statement expressing concern about continued settlement construction as an obstacle to peace.

This week, Foreign Minister Stephane Dion’s office issued a statement saying that Canada is “concerned” by the continuing violence in Israel and the West Bank. While the statement went on to reaffirm Canada’s support for a two-state solution, it also said that “unilateral actions, such as Palestinian initiatives toward statehood in international forums and continued Israeli settlements, are unhelpful and constitute serious obstacles to achieving a comprehensive, just, and lasting peace.”

On Monday, a spokesman for Dion, Joe Pickerill, doubled down on the foreign minister’s statement.

“We’re steadfast allies and good friends, and good friends can occasionally deliver tough messages, but it’s by no means to suggest that we’re somehow retreating from any kind of support of Israel,” Pickerill said, Reuters reported.

Canada’s Conservative party, which pushed for a strong pro-Israel policy during its decade in power under former prime minister Stephen Harper before falling to the Liberals in the latest Canadian election, said that by omission, the statement “equates such terrorist attacks with Israeli settlement construction. This is unacceptable.”

Pickerill, however, clarified that Canada was not trying to create a “faux balance” between both sides.

“We’re not necessarily equating the violence by any means on both sides, but there have been issues, and we need to be in a position to point that out,” Pickerill said.